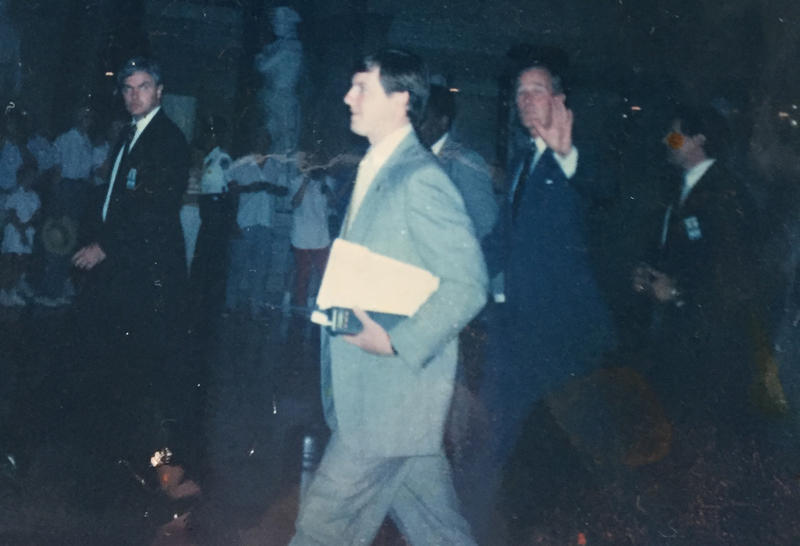 With episode 200 out of the way, this week on Open Sources Guelph, we’re going back to the current news, and there’s a lot of news to consider. This week, we travel the world as world leaders met in Argentina in a comedy of errors called the G20. Back home, we’re still worried about oil, and in Ontario we’re worried about nepotism. We’ll then wrap up the hour with a tribute to latest member of the President’s Club to take his leave.

This Thursday, December 6 at 5 pm, Scotty Hertz and Adam A. Donaldson will discuss:

“Get Me Outta Here.” The G20 unfolded in Buenos Ares last weekend, and what a weekend it was as U.S. President Donald Trump cancelled and uncancelled a meeting with Vladimir Putin, had an awkward photo op with Argentina’s president, and then reached a detente with China which was quickly undermined when Trump called himself “Tariff Man”. The new NAFTA was signed, although Trump had some trouble with that too, and though Trump stood alone in not pledging to act on climate change, he at least didn’t bro out with Putin and Mohammad bin Salman. We’ll talk about the G20’s takeaways.

Induction Oil. If we don’t do something soon, Alberta will die! That’s almost the message we’ve been getting as the price of Alberta crude hit record lows, which has prompted calls for the Federal government to do something: More train cars, less production, or just build the pipelines, dammit. The concerns look to eclipse any other issue that will be before the First Ministers meeting this week, and Prime Minister Justin Trudeau is forced again to walk a tight rope between supporting the oil patch, and giving up any pretense of a green agenda. Can Alberta be helped to their satisfaction in the short term?

Another Fine Ford Controversy. It’s been another long week at Queen’s Park. It started last weekend with members of Ontario’s labour movement getting angry at the PC government’s inaction after GM’s announcement on the closure of the Oshawa plant. As the week began though there were bigger questions about what influence Doug Ford had in the hiring of a family friend as the new chief of the OPP. Of course, Ford claims that there was nothing untoward about the hire, and that he wasn’t involved, but with the 407 scandal under OPP investigation, can we trust a Ford family friend in the role of Ontario’s top cop?

41. The passing of George H.W. Bush, the 41st President of the United States, has stirred a number of emotions. On the one hand, people remember Bush the Statesman. They remember a man who could work well with others, even people he disagreed with; a man who was humble, and elected to do the right thing governing even if it meant defeat politically. On the other hand though, people also remember Bush’s missteps on the AIDS crisis, they remember his pardoning of players in the Iran-Contra Affair, and they remember some of the nakedly racist politicking that was done is his name. We’ll consider the Bush 41 legacy.