It’s Friday, so let’s celebrate with some videos to take you mind off that long wait till 5 ‘o’ clock. END_OF_DOCUMENT_TOKEN_TO_BE_REPLACED

On this week’s episode of Open Sources Guelph, we leave the Federal Election behind and dig into new issues and some old ones. In the first half, we’ll be checking in with Canada’s First Nations people as they continue to struggle for fair treatment and equality only to be stymied at every turn. In the United States, they too are a but hungover from an election, but they still have a little over a year to go till theirs is over. And finally, we’ll consider a new thought about a favourite fall holiday. END_OF_DOCUMENT_TOKEN_TO_BE_REPLACED 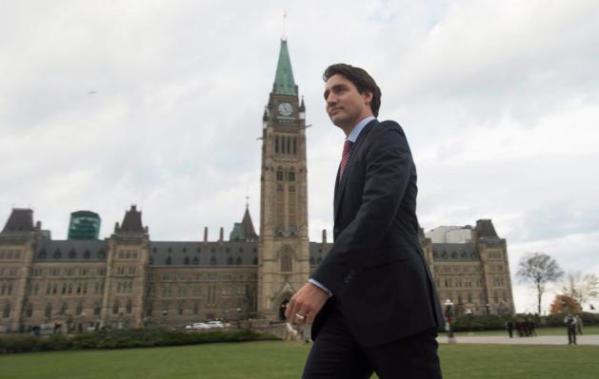 We did it! Open Sources Guelph survived its first election season, and now it’s time for the post-game analysis. Canada is back, said Prime Minister Designate Justin Trudeau, but what kind of Canada will it be now that the Liberals are back in charge, is it change we can believe in, or will they fall back on old habits? And what of the opposition parties, and our own new Member of Parliament here in Guelph? What is Canada going to look like in the next four years? We’ll prognosticate; you decide. END_OF_DOCUMENT_TOKEN_TO_BE_REPLACED

In the last days of the campaign, Stephen Harper retired the attack ads for a simpler, more positive message. This election is not about me, he said, but as the result from Monday night’s vote confirmed, actually, it was a little bit about him. Making the campaign about him was just the way Harper wanted it, and it was his downfall as many commentators noted because while Justin Trudeau and Tom Mulcair leaned on their team, Harper always felt like a one man band. Now, in the aftermath of a blistering defeat, right-leaning Canadian politicos are wondering why, and they need only look to the man whose face and name had literally become synonymous with Canadian conservatism for the last 13 years. END_OF_DOCUMENT_TOKEN_TO_BE_REPLACED 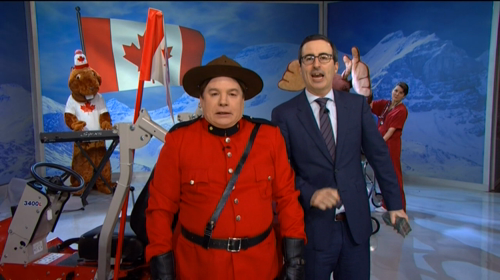 We’ve heard from a variety of different people during this historically long campaign, and the fact that for Canadians it has been historically long is, to use one comedian’s word, ” adorable.” Last night on his HBO show Last Week Tonight, John Oliver got his satirically sharp knives out for the last hours of the 42nd Canadian Federal Election. From mocking Tom Mulcair’s campaign style, to watching Justin Trudeau show folks how to fall down stairs the right way, to mocking Stephen Harper’s band with reckless abandon, Oliver was on fire, and as a Canadian I have to say, he got us good! END_OF_DOCUMENT_TOKEN_TO_BE_REPLACED

Tomorrow, Canadians – or at least the ones that haven’t been to the polls already – will vote for the 42nd Parliament of this Confederation. Then, tomorrow night, Open Sources Guelph will hit the airwaves to broadcast the results from coast to coast to coast. END_OF_DOCUMENT_TOKEN_TO_BE_REPLACED

There are a myriad of ways that the 2015 Federal Election has been one of the most interesting in Canadian history. Sure, during every election, candidates and pundits tell us that this is the most important vote in our lifetime, but this year there is truly a sense that something historic is afoot. What exactly that means is still anyone’s guess. But as we enter the final week of this long election period, let’s look back at 10 of the things that stick out in our memory. From the weird, to the humourous, to the devastatingly tragic, here are 10 things that this election will be remembered for… END_OF_DOCUMENT_TOKEN_TO_BE_REPLACED