If you pay attention to the goings on at Guelph City Hall, it would not come as any great surprise that a high level position’s been vacated this week, but the part that was surprising was just how quickly and quietly it was done. Two paragraphs, buried on the city website with no notice sent out to the media, revealed that Transit Manager Phil Meagher had been terminated “without cause” after over three years at the helm of Guelph’s bus fleet. Subsequent reporting revealed that Meagher’s departure also meant the end to the possible implementation of the Transit Growth Strategy that he had helped shepherd for the last two years. With the budget process about to begin, I think we know what that means… END_OF_DOCUMENT_TOKEN_TO_BE_REPLACED

On Wednesday, Donald Trump took a break from the campaign trail to open his new hotel in Washington D.C., so if the Republican nominee for President doesn’t care about the election this week, then why should Open Sources Guelph? Instead, we’ll focus on other concerns, like why Justin Trudeau might not be a man of his word on electoral reform. We’ll also talk about another First Nations protest against another energy project closer to home, whether or not this European trade deal will go through in spite of one little place in Belgium, and if Ezra Levant is good enough to be recognized by the U.N. as a journalist running a journalistic organization.  END_OF_DOCUMENT_TOKEN_TO_BE_REPLACED 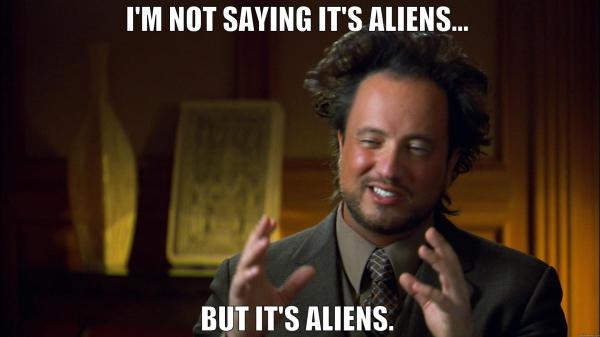 This week on Open Sources Guelph, good news! After waiting and hoping that things might heat up for the Conservative leadership race, we have several more people to consider after a week of moves and announcements. In more good news, it seems like one of the world’s biggest employers has gotten the message: investing in people pays, and meanwhile in North Dakota, press freedom scored some kind of victory because a judge decided there wasn’t enough evidence to jail a reporter for doing her job. And finally, a grumpy old man decided if he can’t win the house, he’ll burn it down and salt the earth. Three out of four ain’t bad.  END_OF_DOCUMENT_TOKEN_TO_BE_REPLACED

It was announced last week that city council will be setting aside a whole Monday night on November 7 to let the public have it, a rake out against Nestle and water-taking from local and area aquafers for bottled water that is. Considering that a council motion to basically say just that, along with a preceding protest in front of City Hall, gathered hundreds of Guelphites together, it was a shrewd move on the part of council and the mayor to answer community interest in the issue by giving it a platform. Only one thing is standing in the environmental lobby’s way to give Nestle the swift boot out of town, and that’s the mayor himself, Cam Guthrie. Except, yeah, he’s really not. END_OF_DOCUMENT_TOKEN_TO_BE_REPLACED

We’ve been saying it for over a year now, and it seems that the rest of the world has finally caught on: Open Sources Guelph is the city’s finest political and current affairs discussion show. So what shall we talk about this week? Well Donald Trump has caught on tape this week saying something grossly and demonstrably inappropriate, but this time it seems to have actually harmed him politically.  Then, we’ll talk about a controversial issue closer to home, and sticking with that downtown theme, we’ll wrap up this week with special guest that makes all things downtown his specialty. END_OF_DOCUMENT_TOKEN_TO_BE_REPLACED

Conventional wisdom said that Indiana Governor and Donald Trump running mate Mike Pence won Tuesday’s Vice-Presidential debate. Despite the fact that moderator Elaine Quijano and Hillary Clinton VP pick Sen. Tim Kaine kept hitting Pence with things that Trump’s said and he constantly denied, Pence was deemed the victor because he looked smooth as silk while refusing to acknowledge the things his Presidential candidate has been caught on the record saying. In hindsight though, it would have been nice if Quijano and Kaine had focused on Pence’s own record as a politician, because in a great many not insignificant ways, Pence is a much worse candidate than Trump.
END_OF_DOCUMENT_TOKEN_TO_BE_REPLACED