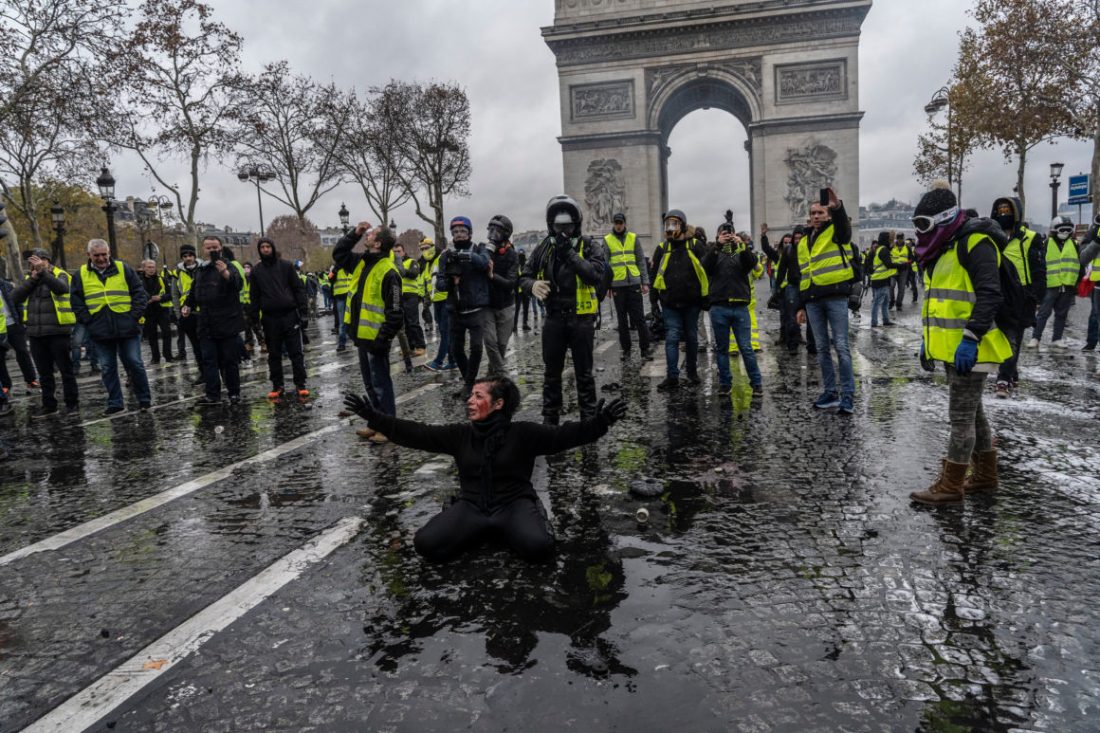 As a holiday treat, this episode of Open Sources Guelph is going to try an avoid any discussion about our old friends Don and Doug. For the first half of the sow, we’re going to aim for an international flavor by talking about the wave of protests in Paris the last month, and the fact that there seems to be no way out for Brexit. Closer to home, we’ll talk about advocating for a local detox centre, and the always fascinating topic of censorship… of Christmas songs.

This Thursday, December 13 at 5 pm, Scotty Hertz and Adam A. Donaldson will discuss:

Big Yellow Nasty. For the fourth weekend in a row, violent protests overtook the streets of Paris, tens of thousands of police and security officials clashed with tens of thousands of protestors as businesses, museums and major tourists attractions were all shut down in expectation. The so-called Yellow Jackets are from non-urban areas, small towns and rural parts of France. Wearing bright yellow safety vests, they’ve been protesting high fuel prices, Emmanuel Macron’s tax cuts for the wealthy, and other issues among a growing list of concerns. Macron finally addressed those concerns this week, but is it too little too late?

Too Brexit to Quit. A Tuesday vote in the U.K. House of Commons was pulled at the near last minute by Prime Minister Theresa May. Why? It was likely going to fail as even members of the Conservative Party were going to vote against it. That would have triggered a confidence vote in the government and May, and that’s unlikely a vote she was going to win thus leading to an election, with only three months left till the U.K.’s departure from the European Union. So now what? May is going back to Brussels with get a “better deal”, but a better deal was always more fiction than fact. So what’s next for Brexit?

Detoxic Avenger. Communities across Canada are struggling with issues of addiction and mental health, and it’s not just about getting people off drugs or stopping them from getting hooked in the first place. How do we help people transition from addiction to life post-addiction? That would be the goal of the Medical Detox Centre, which a dedicated group of activists are looking to build in Guelph. We’ll talk to Donny Hay about his advocacy for the Centre, why it’s really needed in Guelph, and we’ll talk about his own life story and why it’s driving him to bring a detox centre to Guelph.

Battle of the Banned Songs. With several radio stations yanking “Baby, It’s Cold Outside” from their holiday rotation, it’s time again to talk about the lyrical content of songs that might be past their prime in the current, changing social atmosphere. It’s hard not to hear the lyrics, which were first sung in the 1949 film Neptune’s Daughter, and think that a song about a guy pressuring a woman into spending the night with him is a no-no in the MeToo era, but does getting rid of a song make us better? Remember when Clear Channel made up a list of songs to pull from rotation after 9/11? Are we more worried about the music than addressing the actual issues?