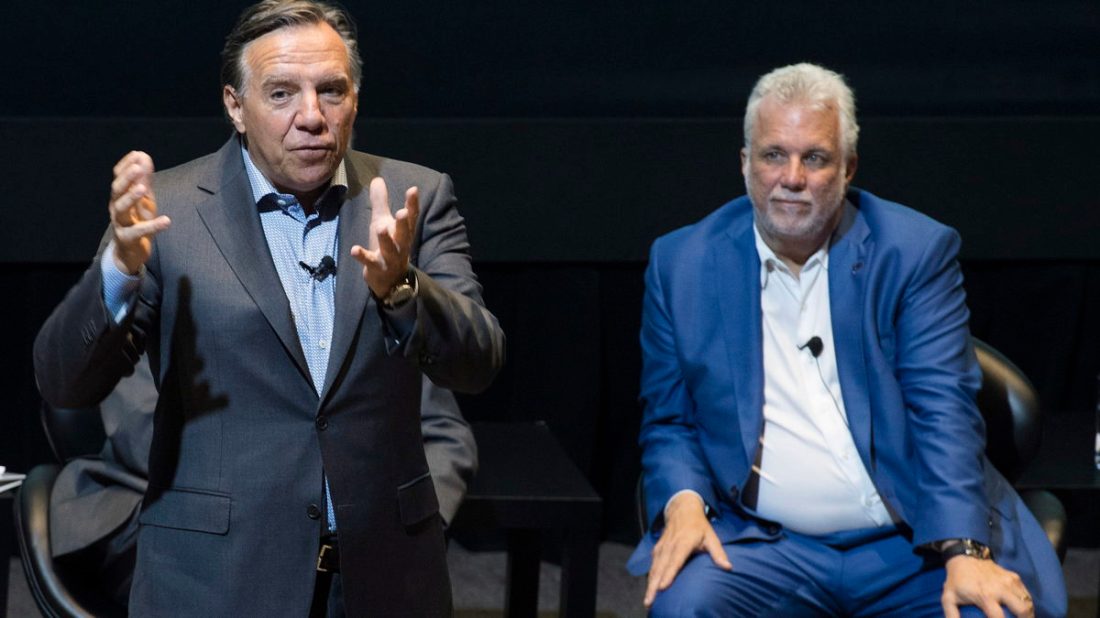 It’s the end of summer for us all, but it’s no where near the end of controversy here on Open Sources Guelph. As we prepare to dive deeply into the municipal election, we’ll take a quick peak at the provincial election next door. Meanwhile, south of the border, it seems like we’re reaching a climax on NAFTA renegotiations, all while the President swallows the bitter pill of decency. Speaking of decent, we’ll wrap up with discussion about the Catholic Church’s latest troubles.

This Thursday, August 30 at 5 pm, Scotty Hertz and Adam A. Donaldson will discuss:

Tomber dans une élection. As we look to local elections here in Ontario, Quebec voters are heading to the polls October 1 to choose a new provincial government. The incumbent, Liberal Phillppe Couillard, is well thought of in Quebec, and has offered steady leadership through precarious times, but the spectre of the PQ and separation is not as threatening as it was in 2014, and the CAQ under François Legault seems primed for an upset as Legault seems to have a populist appeal that’s the trend in today’s politics. So which way is this all going to go, and what can Quebec politics now tell us about Canadian politics in the future?

The Newest Deal. Trying to evade the criticism of showing extraordinary disrespect to John McCain (more on that in a minute), U.S. President Donald Trump announced a breakthrough in bilateral negotiations with Mexico on trade, an agreement in principle that now puts the ball in Canada’s court. The rush is on to get a deal done in time for the present Congress to approve the new NAFTA, even as Trump himself continues to threaten the end of NAFTA, and to leave Canada out in the cold. Are we in a better position, or a worse position as the NAFTA renegotiation continues?

Death at a Funeral. U.S. Senator John McCain passed away after a year-long battle with brain cancer. Hailed as both a statesman and a maverick, McCain leaves behind a fascinating legacy, and many have been mourning his passing since Saturday. Donald Trump, however, is not one of those mourners. Stubbornly refusing to honour McCain with words, Trump ordered the flag above the White House raised to full mast on Monday, instead of waiting until the senator’s internment in Annapolis this Saturday. We’ll talk about Trump’s pettiness here, and his growing number of tantrums as the Mueller investigation reaches a crossroads.

Walking a Tight Pope. A detailed report about sex abuse by priests and church leaders in Pennsylvania’s six archdioceses has torn open old wounds among the faithful. A tour in Ireland was really more of an apology tour for Pope Francis as the misdeeds of the church are still fresh in the minds of many people there, and then that tour concluded with conservative Catholic groups in the States started demanding that the Pope resign for covering up instances of abuse by priests. What is the Catholic Church doing to get ahead of this issue, and what aren’t they doing?