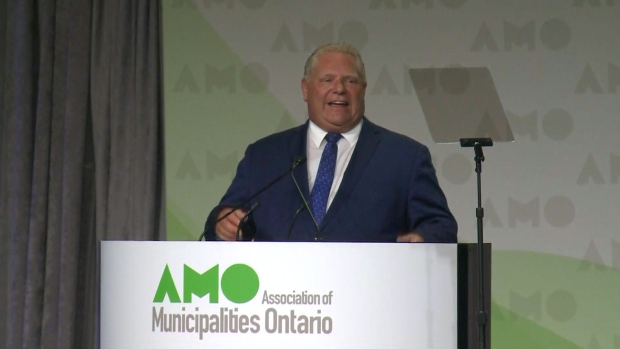 This week on Open Sources Guelph we go where the people are, and they are all over the place. Officials from cities across Ontario and the provincial government met in Ottawa for AMO, and we’ll talk about how that went. Also, the federal Conservatives are meeting in Halifax, and that’s just getting started. In the second half of the show, we’ll talk about the environment, matters of heatwaves and plastic taxes.

This Thursday, August 23, at 5 pm, Scotty Hertz and Adam A. Donaldson will discuss:

AMO and Dougie. The first meeting of the Association of Municipalities of Ontario in the Ford era seemed to go off without a hitch, even one week after the new Ontario government ran roughshod over Canada’s biggest municipality. Still, it was a big test for Premier Doug Ford and his government as they got to know demanding towns and cities from across Ontario, including Guelph, especially since the 100+ year AMO rose to new prominence under the previous regime. We’ll talk about the latest in provincial/municipal relations.

East Side Curio. The federal Conservatives are holding their first policy convention since Andrew Scheer became leader starting today in Halifax. The goal is to refocus and get ready for next year’s election, and prove to the voting public that they are ready to defeat the Liberals and govern. But can they? The Maxime Bernier affair has not done much to sew internal divisions, and Conservatives climbed over themselves to defend a white nationalist that heckled Trudeau in Quebec. What will come out of Halifax?

Some Like it Hot. A Guardian article from last weekend discussed the next great debate over privilege: heat. With the Earth entering an abnormally hot period for the next four years, and from so many people dying from heat related illnesses worldwide – including nearly 100 in Quebec alone – The Guardian posited that there’s a new divide in equity: those that can ride out a heatwave comfortably, and those who cannot. Is our summer obsession the next culture war?

Tax Plastic Please. The United Kingdom is now in the midst of exploring a tax on plastic goods. This should not be terribly surprising, as there’s been a worldwide push on to rethink our use of straws, grocery bags, water bottles, and other single-use plastic paraphernalia that is filling our landfills, and yes, our oceans. On the other hand, people love their plastic paraphernalia, will they accept a surcharge on all plastic items in the U.K.? And, could such a thing be proposed here in Canada?