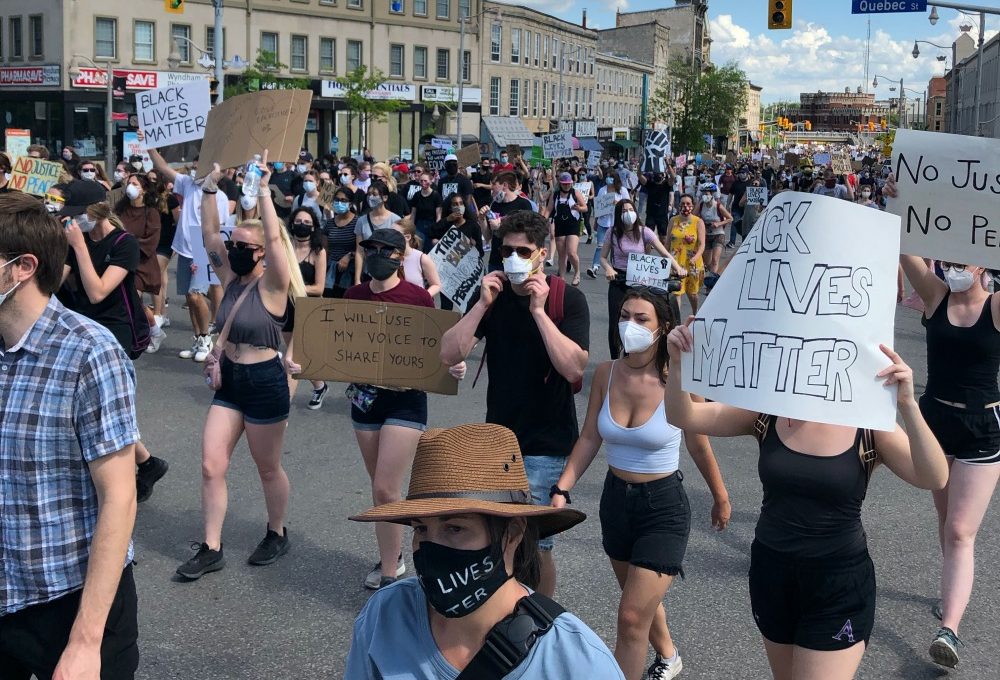 This week on Open Sources Guelph looks very much like last week on Open Sources Guelph. We’re going to talk about the latest on the rejuvenated Civil Rights struggle against anti-Black racism and police brutality, and we’ll have the latest about the pandemic, which is still a thing that’s happening. In between, we’ll talk about the road to the White House, which will surely be bumpy no matter how big a lead the newly-minted challenger has this far out from Election Day.

This Thursday, June 11, at 5 pm, Scotty Hertz and Adam A. Donaldson will discuss:

It’s Not Going Away. It’s been another week, but the demand for equal rights and the end of police brutality has not gone away in towns and cities across North America, and the world. More the 5,000 people came out to march in Guelph, Minneapolis is voting to dismantle their police force and replace it with… something new, and a statue of a slaver in Britain was yanked down and thrown in the river. Are we really in the midst of systemic change, or is this still reactionary?

Joe-Mentum? Last Friday, former Vice-President Joe Biden clinched the Democratic nomination for President of the United States, and in the midst of a heartless and pitiful response from the current occupant of the White House, to both the pandemic and the protests, Biden has a very healthy lead on Donald Trump in most of the national polls, but will COVID fears and voter suppression prevent Biden and his team from being able to capitalize on his lead?

“This Pandemic Does Strange Things to People.” That observation is brought to you by Premier Doug Ford, who’s under fire for the regional re-opening of the province under Stage 2 of their economic strategy. Meanwhile, the Federal government is under fire for taking out the switch to anyone that might have defrauded the emergency relief benefits, and Dr. Fauci made a return to media appearances to say that the pandemic’s not over. We’ll update all of that.