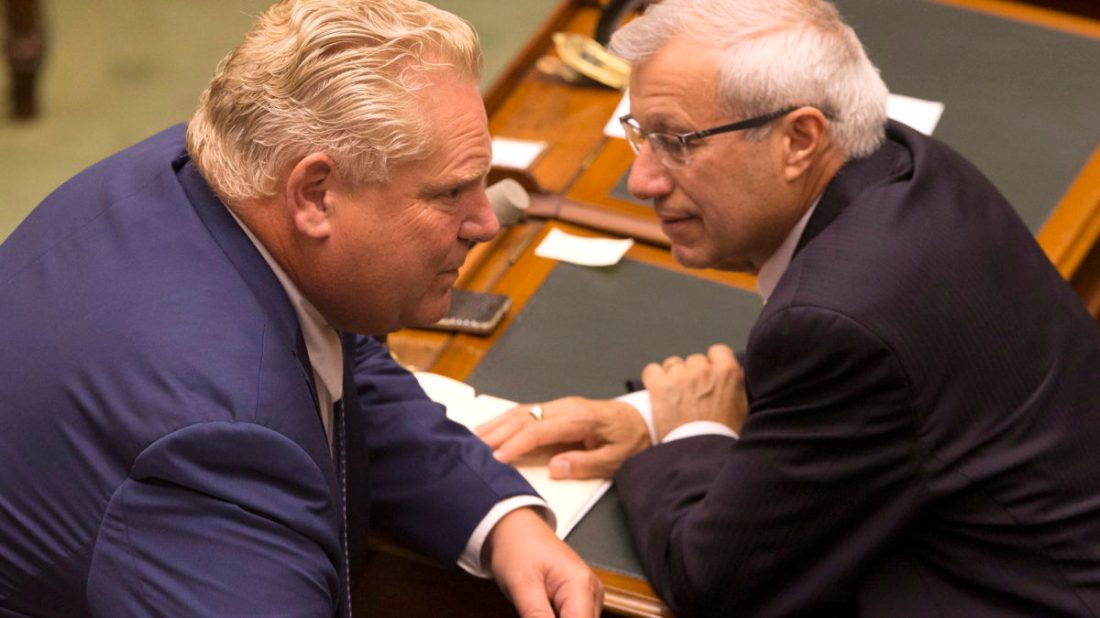 This week on Open Sources Guelph, we look to the future. Not the type of future with jetpacks and stuff, but the more immediate future about the 2019 Federal Election. Specifically, are we doing enough to tackle the creeping alt-right, not to mention foreign influencers looking to peddle? Back in the present, we’ll look at the new Ontario government’s first budget, and the doings south of the border at the other southern border.

This Thursday, April 11 at 5 pm, Scotty Hertz and Adam A. Donaldson will discuss:

The Budget List. We don’t know entirely what will be in the 2019 Ontario budget because it won’t be released until an hour before showtime, but there has certainly been some indications both questionable and frightening. It’s been announced that childcare and deficit reduction are the priority, but the details released so far included the allowance for tailgating, new license plates, and stickers at gas pumps that remind you about the carbon tax. So what nitty gritty details will be in Doug Ford’s first budget?

Nielsen’s Wary. You may have heard that President Donald Trump has concerns about how the U.S. handles immigration. Last weekend, Trump fired Department of Homeland Security Secretary Kristjen Nielsen, and then he fired the head of the Secret Service, seemingly on the advice of his immigration hardliner advisor Stephen Miller. This effectively hollows out the second biggest government department in terms of senior management, but what is Trump’s endgame, and why is he trying to achieve it this way?

The Right Stuff. A Mainstreet poll revealed that the majority of Canadians say the biggest national security threat facing the country is white nationalism and white supremacy. From the 2017 mosque shooting in Quebec, to the Toronto van attack, it seems like people are right to be worried about far right groups. Meanwhile, Facebook finally revoked privileges for Faith Goldy, the Sons of Odin, and other racist groups from Canada, but are we doing enough to tackle the problem? And what does “enough” look like?

Between Two Concerns. Speaking of this fall’s election, reports are saying that Elections Canada is expecting to be a target for foreign interference of the kind perpetuated by Russia in the 2016 U.S. Presidential election, the Brexit vote, and elections in France and Italy. Meanwhile, concerns continue about fake news, especially with the Buffalo Chronicle being shared by people that should know better. Are we taking seriously the possibility of interference in this fall’s election?