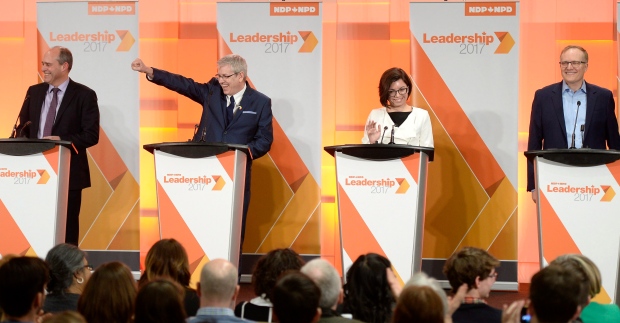 This may be a shortened work week, but the length of Open Sources Guelph stays exactly the same. This week, we’ll welcome back out local provincial representative to the show and talk to her about all the things going on at Queens Park, and the countdown to next year’s election. In news, we’ll look at another election, the one to find a new NDP leader, and we’ll talk about a new develop in Syria and ask, are there any good guys left there?  END_OF_DOCUMENT_TOKEN_TO_BE_REPLACED

This week on Open Sources Guelph, we’ll consider the world, before going super local again. “Terrorism” is a watch word these days with everywhere seemingly on the brink of an attack or having just experienced one, so we’ll cram as much terror talk as we can into that first segment before we talk about talking. The City of Guelph is in negotiation with three Canadians Union of Public Employees (CUPE) locals, so we’ll see how that’s going. (Hint: not well.) Then, in the second half-hour we’ll talk to another of our politicians, Guelph’s long-serving representative at Queen’s Park. END_OF_DOCUMENT_TOKEN_TO_BE_REPLACED

In our continuing effort to bring local politicians on the show, and get them to answer questions not justfrom us, but also from you, the listener, we have more announcements and dates to share. END_OF_DOCUMENT_TOKEN_TO_BE_REPLACED

On his show Last Week Tonight last Sunday, John Oliver turned his attention to the stunning lack of uniformity and accuracy among varying sex education courses across the United States. As fate would have it, the debate here in Ontario about our own reformed sex ed curriculum heated up again this week, but we’ll leave it to Oliver to explain why it’s essential. END_OF_DOCUMENT_TOKEN_TO_BE_REPLACED