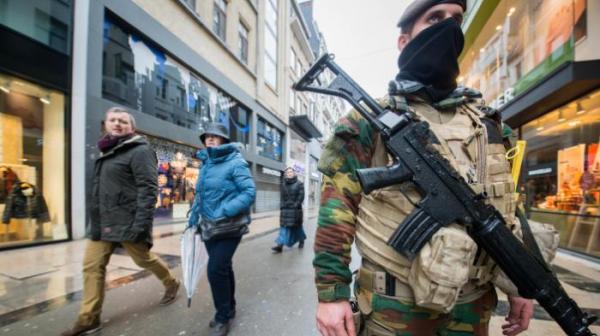 This week on Open Sources Guelph, we’ll consider the world, before going super local again. “Terrorism” is a watch word these days with everywhere seemingly on the brink of an attack or having just experienced one, so we’ll cram as much terror talk as we can into that first segment before we talk about talking. The City of Guelph is in negotiation with three Canadians Union of Public Employees (CUPE) locals, so we’ll see how that’s going. (Hint: not well.) Then, in the second half-hour we’ll talk to another of our politicians, Guelph’s long-serving representative at Queen’s Park.

This Thursday, March 31, at 5 pm, Scotty Hertz  and Adam A. Donaldson will discuss:

1) Global Mayhem! From Brussels, where the search for those that assisted ISIS-inspired suicide bombers last week have kept the city on edge; to Lahore, Pakistan, where Easter services were ended swiftly by another suicide bomb that killed 69 and injured 300; and to Kevin Mohamed, a former University of Waterloo student who was busted by the RCMP for colluding with terrorist groups online, terrorism’s been all over the news in the last week. Is the threat of Muslim extremism escalating? Are we becoming less desensitized or more desensitized with each new attack? Can there be a resolution?

2) CUPE Conundrum. Last Thursday, the City of Guelph released an update of their negotiations with three CUPE unions currently without a contract, a not so subtle “take out the trash” move before a long weekend. Long story short, a “no board” report has been issued, meaning that the City and the unions are at an impasse in their negotiations and job action may be a couple of weeks away. But what are the issues? What is the sticking point? What are the union’s demands? What is the City’s red line? No one knows because they don’t negotiate in the media, but we do…

3) Sandals’ Retort. What an excellent time to have the Minister of Education to stop by, and she just so happens to be our Member of Provincial Parliament too. Liz Sandals will be in studio to talk about the provincial budget, the lowered tuition fees, the fallout from last year’s negotiations with the teachers unions, and the possibility that Queen’s Park will be prorogued in the near future. If we have time, we might also put on the peer pressure to finally get Sandals on Twitter. If you would like us to ask Sandals a pertinent question on an important issue, feel free to let us know before the show.