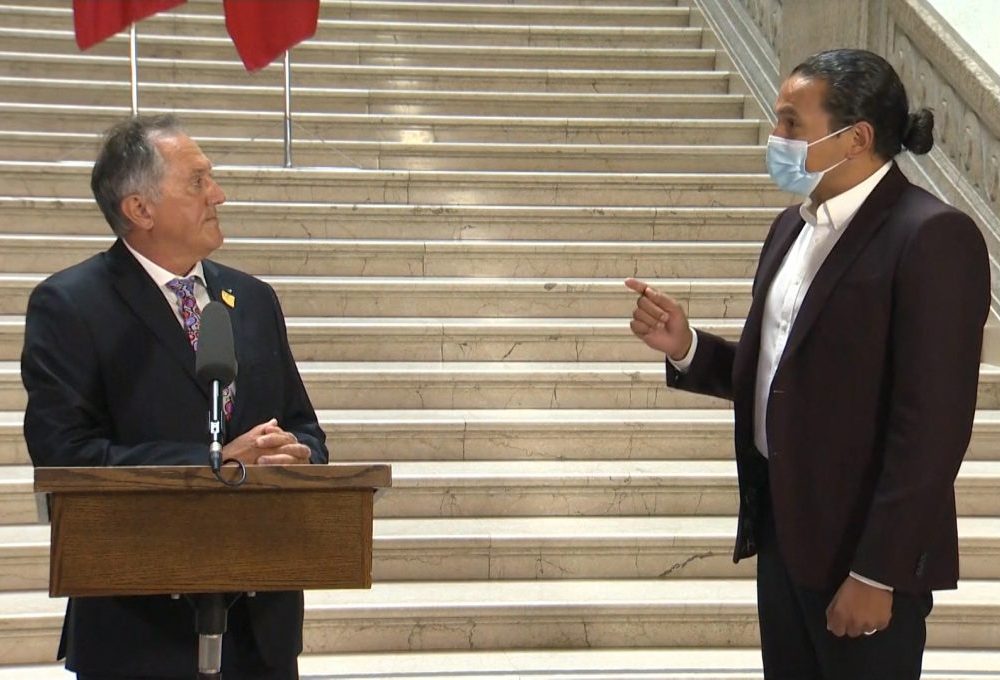 This week on Open Sources Guelph, we’ve got leadership issues. We’ll head to Manitoba where the effort to right the ship on Indigenous affairs blew up spectacularly on live TV (see above), and then we’ll go to the Federal level where there’s actually some good news for one beleaguered national leader. In the back half, we welcome, perhaps, our most prestigious guest yet, Ontario’s Official Opposition leader!

This Thursday, July 22, at 5 pm, Scotty Hertz and Adam A. Donaldson will discuss:

Kicking it Old School. It was supposed to be a reset after a week of bad stories, but Alan Lagimodiere, a Métis MLA in Manitoba, only went 10 minutes as thew new Indigenous Affairs minister without creating controversy. Lagimodiere misspoke about the intentions of residential school administrators, and NDP leader Wab Kinew was not having it (see above). What the heck is going on in Manitoba on Indigenous issues?

Scenes from A. Paul. After a month of upheaval in the upper echelons, Annamie Paul status as leader of the Green Party seems safe for now, but there are a lot of lingering questions about what’s going on behind the scenes. Is there some truck to Paul’s assertion that attacks on her are rooted in misogyny and racism? Can the Green Party pretend that nothing happened in order to make it through the next Federal Election?

It Was Andrea All Along. Last week, Official Opposition leader Andrea Horwath came to the University of Guelph to announce the NDP’s plan for electric vehicles and supporting transit. While she was in the neighbourhood, Horwath talked to Open Sources about those future election plans, plus the current status of the Provincial government’s COVID response, and what she would be doing right now if she were the Premier of Ontario.