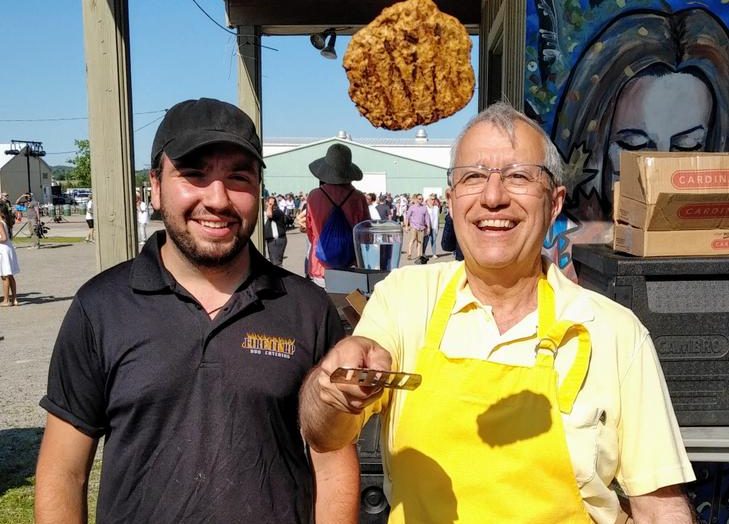 This week on Open Sources Guelph is no jaunty burger flipping affair. Of course, we weren’t the ones demoted from being finance minister after just one budget, but it’s hard to believe that’s a cause for celebration. We’re going to cover the upheaval at Queen’s Park last week, and speaking of disasters, we’ll revisit the Trump White House again. In the back half of the show, we’ll look at the ongoing concerns of election security, and the potentially greater threat of nuclear power (or is it a threat?).

This Thursday, June 27, at 5 pm, Scotty Hertz and Adam A. Donaldson will discuss:

The French Disconnection. Late last week, Premier Doug Ford tried to hit the reset button on his barely one-year old administration by shuffling all but seven people in his cabinet, including some of its most high-profile members. Then he announced new economic envoys with plum six-figure salaries, and all was well until it was discovered that two of those people had personal connections to chief of staff Dean French, who suddenly realized it was time to go back to the private sector. What next for Doug and Co.?

Great Generals. The Iran situation has some how gotten both worse and better. In retaliation for the shooting down of an unmanned drone, U.S. President Donald Trump decided to launch a counterattack, but ended up scrubbing the mission with 10 minutes to spare when he asked out of idle curiosity what the casualty estimates would be. In the meantime, Trump is being pushed to act by chicken hawks in his administration, while some of his Fox News friends and other Republican urge restraint. So there’s that, and we’ve ran out or room to talk about the new rape allegation…

We’re Still Not Safe. Elections experts are warning (again) that this fall’s Federal Election is going to be highly vulnerable to all sorts of social media interference. In all, it seems like Facebook, Twitter et al have not learned the lessons of 2016, and have still left us all vulnerable, through in-action, to the same fake news, fake players, DDOS attacks, and other sorts of bad actors on the internet be they domestic or foreign. How concerned should we be about the integrity of our election, and is anyone in authority going do anything?

Free Nuclear? A Globe and Mail opinion piece tried to make the case to go nuclear, which is to say revisit nuclear power as a viable alternative to our energy concerns as we try and reduce our carbon footprint. It’s been decades since nuclear has been seen as a viable method to solve future energy needs, but the recent HBO miniseries Chernobyl reminded us that the dangers with nuclear power are considerable, and its not entirely “clean” either. So what do we think? Is it time to reconsider the past and think nuclear for the future?