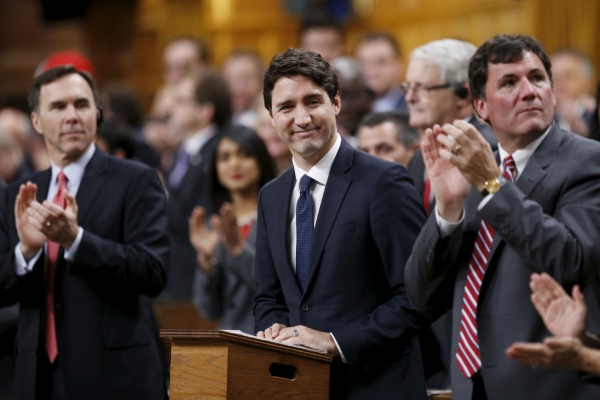 One more week till Star Wars, two more weeks till Christmas, but Open Sources Guelph still has a lot to say before the year’s end. Canada got back to business as the holiday season ramped up, so how does the new government look as compared to the old? Meanwhile in Guelph, city council had passing the second budget of the term top of mind, but there was also that small matter of a one-lane bridge… Then we will catch up with a major criminal investigation in California, which will segue nicely into what might by the five most dreaded letters of 2016, T-R-U-M-P.

This Thursday, December 10, at 5 pm, Scotty Hertz  and Adam A. Donaldson will discuss:

1) First Questions. Parliament sat for its first Question Period of the 42nd session this week, and the Opposition parties were eager to get out the knives even though a tone of civility was mandated by the new Speaker. But as those first questions were asked, the Liberals moved forward with their agenda, which included tax cuts for the middle class, and the announcement of the initiation of an inquiry into Missing and Murdered Indigenous Women and Girls. How did the Liberals fair in their first Question Period in 10 years? And what of the Conservatives’ opposition and their new leader Rona Ambrose?

2) Shoots and Bridges. A contentious meeting unfolded last Thursday at Guelph City Council as a special meeting was called to determine the fate of the Niska Rd. Bailey Bridge. Following a long meeting Monday night to hear delegates about the budget, there’s a lot of action right now at City Hall, including the final deliberations for the city’s 2016 tax-supported fiscal plan. We’ll discuss the latest developments from Carden Steet.

3) Guns and Blame-o. The fallout from the San Bernadino shooting last week continues with the FBI and Homeland Security agencies confirming that Tashfeen Malik was radicalized, and that she and her husband, Syed Rizwan Farook, were motivated by terror and not any specific retaliation on Farook’s work place. What can be done in the face of another ISIS-inspired lone wolf attack? How can a man who seemingly enjoyed the normal life of a husband and father follow his wife into suicidal jihad? And will Barack Obama’s call for action on gun control and calm in the face of terror bear any fruit?

4) Trump Up the Ham. Still sitting a top the Republican field months after pundits said he’d crash and burn, Donald Trump somehow offended more people this week by first proposing that the United States should stop letting Muslims immigrate there, stop Muslim Americans from re-entering the U.S. should they leave, and then he said Bill Gates needs to be drafted to find a way to “close off” the internet. He’s just screwing with us at this point, right? We’ll have the latest from the campaign trail south of the border.