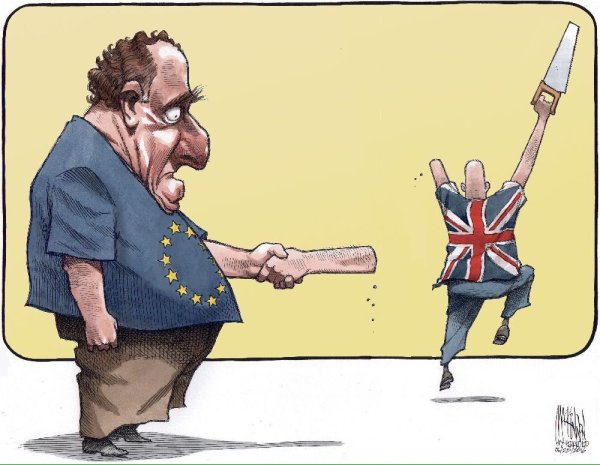 We’ve got a bad feeling about this… On this week’s Open Sources Guelph, we depart from our usual format of two topics and an interview, or even four topics and no interview, and go with one topic and an interview. The momentous topic in question that requires a half-hour of discussion: Who would win a fight: a taco or a grilled cheese sandwich? But seriously, there was a pretty big vote in Britain last week, and it had widespread reverberations across the world, that continue to spread as everyone involved asks a simple question: Now what? So there’s that, and we call the police! No big deal, this was a pre-planned visit and not emergency.

This Thursday, June 30, at 5 pm, Scotty Hertz and Adam A. Donaldson will discuss:

1) #Regrexit. We all thought it wouldn’t happen, but it happened anyway. On Friday morning, the United Kingdom and the world woke up to the fact that slightly more people wanted to leave the European Union than stay. Or did they? Some people wanted a do-over referendum immediately, not believing that so many had the gall to say they wanted to leave, but still, the U.K. is now caught between a rock and  hard place. Britain wants an orderly exit that will eliminate the need for a violent blood bath, while the E.U.wants them gone sooner rather than later and don’t let the door hit you on the @$$ on the way out. With political and economic turmoil now setting in over the continent, did the U.K. bite off more than it can chew? What does the Brexit endgame look like? And what further fate awaits Scotland as it may seek its own independence, or other E.U. countries that also want out?

2) Hail to the Chief. Guelph is routinely identified as one of the safest communities in the country, and that fact kind of makes the Royal City sound kind of like Mayberry, doesn’t it? Not so fast though. In this year alone the city’s seen a lot of violent crime – a murder at a hotel, a stabbing downtown – anecdotally it makes one wonder… Well, Guelph Police Chief Jeff DeRuyter will join us this week to talk about policing in Guelph, how we keep our status as one of Canada’s safest, and some ongoing concerns about crime in the city. Drug abuse downtown, repeated theft from unlocked cars, and speeding issues all preoccupy the everyday life of Guelph Police, plus we will talk with Chief DeRuyter about community policing and accessibility on social media. And we’ll have your questions too.