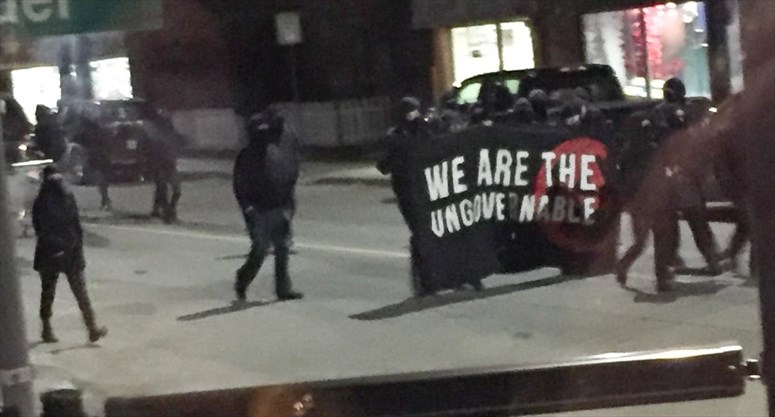 It’s another week of dramatic developments here on Open Sources Guelph where we know drama! For instance, we talk about the climactic chapter of a provincial leadership campaign, and if you thought things were sloppy there, then you haven’t heard the news about a certain separatist federal party. Back in Trumpland, that ship is sinking faster than usual, while in Hamilton, it looks like they had a G20 meeting without the meeting (if you know what we mean). Our donuts will never be the same. END_OF_DOCUMENT_TOKEN_TO_BE_REPLACED

Unless our ship comes in, and we help our friend sell that expensive piece of art for a generous finders fee, Open Sources Guelph will be back on the air as usual on Thursday. This week, after sticking our hands in the muck of the Senate spending scandal, we will wax on the coming election as it’s shaping up here in the Royal City. Then, in the “Lightning Round,” we’ll discuss coffee and politics, carding and cops, and the return of an old frenemie thought forgotten in Federal politics. END_OF_DOCUMENT_TOKEN_TO_BE_REPLACED

Exactly six months from now, Canadians will go to the polls to elect a new federal government. Already, each of the major parties is telling us that this will be the most important election in Canadian history, and although the more meta-aware candidates recognize that this line is said almost every election year, could they be actually right this time? There are 30 new seats up for grabs thanks to the re-configuration of district lines, making a majority sweep just a little bit harder to achieve. On the issues, there’s the Stephen Harper legacy, whether or not a balanced budget is enough to make people forget the myriad of scandals his government’s incurred over the last decade. And the Opposition, is Thomas Mulcair’s prosecutorial method of holding the government in line going to keep the Orange Crush crushing, or is the face of youth and vitality in Justin Trudeau going to be more appealing? END_OF_DOCUMENT_TOKEN_TO_BE_REPLACED