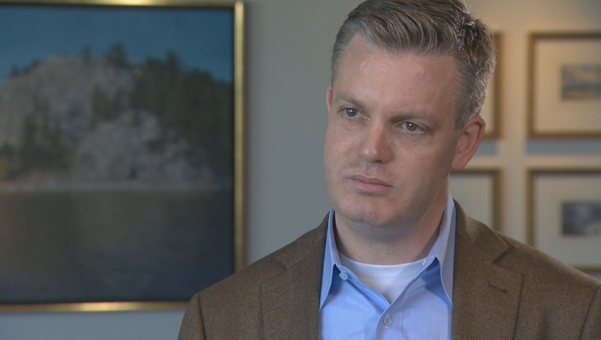 With the arrival and equally quick dismissal of HarperPAC this week, another big election story was missed as the Conservative Party of Canada launched an online ad meant to delegitimize Liberal leader Justin Trudeau’s plan to pull Canadian troops from the fight against ISIS in Iraq and Syria. Posting an online ad to YouTube is nothing new, especially with an election campaign waiting to begin this fall, but the controversy here is that the Conservative Party used sound and video from ISIS’ own media to make the case against Trudeau. You might think that’s in bad taste, or that it even contravenes provisions in the Conservatives’ own recently passed Bill C-51, but it’s okay because according to Conservative spokesman Kory Teneycke, they’re more truthful than the news. END_OF_DOCUMENT_TOKEN_TO_BE_REPLACED 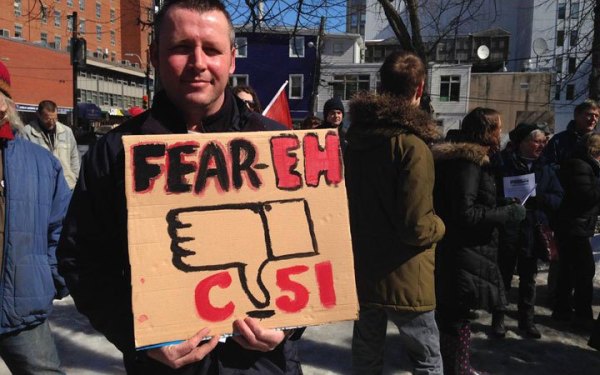 It’s dire news on this week’s Open Sources Guelph, as it seems that fear is in a position to win again both here and abroad, and meanwhile, our concerns about things we should be deeply concerned about seem to go by with a minimum of media fuss. From cultural clashing to environmental apocalypse, to whether or not we’re too worried about being worried, it looks like another packed week for our little radio show. END_OF_DOCUMENT_TOKEN_TO_BE_REPLACED

It seems all we ever hear about these days is the scary world of Islamic extremists ready to watch the world burn, starting with Canada. Terrorism and concerns about terrorism have filled the news since Open Sources Guelph was last on the air a week ago, and the line between informing the public and scaring the public is getting progressively more blurry. In the meantime, government corruption moves back to the front burner as the sins of senate are further recounted, while the Ontario government looks to dig its way out of its scandals by selling off shares of Hydro One. END_OF_DOCUMENT_TOKEN_TO_BE_REPLACED 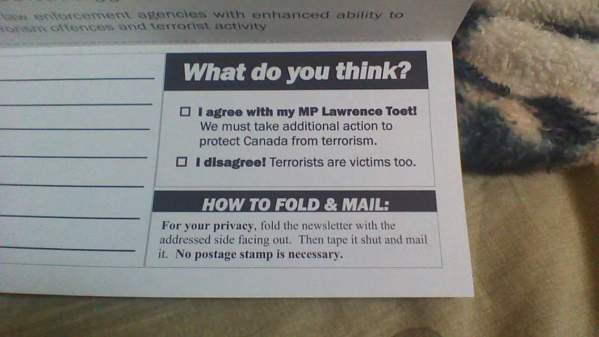 END_OF_DOCUMENT_TOKEN_TO_BE_REPLACED

It seems like everyday now there’s some news item about violent extremism either here or abroad, and that last couple of days have been no exception. As the government releases the video made by the Parliament Hill shooter before the fateful day, the RCMP confronts the limits of managing its share of the War on Terror, while the politics of Bill C-51 seem to have affected its creator in an unlikely way. END_OF_DOCUMENT_TOKEN_TO_BE_REPLACED

Terror. Now that we have your attention, it’s time to talk about this week’s Open Sources Guelph. After being made afraid of going to the mall and digging holes, we’ll talk to someone afraid of four more years of Harper. Then, after the break, we’ll be afraid for our friends in the First Nation community with another scary development, and then we’ll see if we should be afraid of talking about S-E-X in front of the C-H-I-L-D-R-E-N. In other words: be afraid, be very afraid. END_OF_DOCUMENT_TOKEN_TO_BE_REPLACED 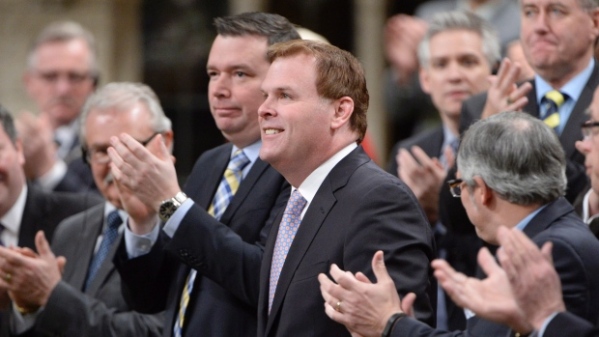 War and Pestilence are well-known Horsemen of the Apocalypse, but Bribery and Quitting….? From Parliament Hill to the Nickel Capital of the World to the disease filled attractions of the Magic Kingdom, it’s been another busy week in the news, and Open Sources Guelph has you covered from all the angles. END_OF_DOCUMENT_TOKEN_TO_BE_REPLACED