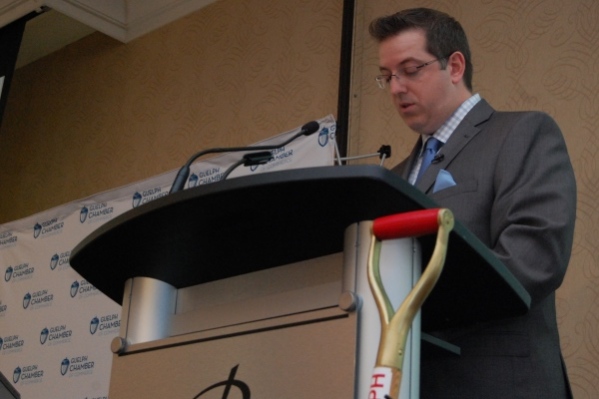 It’s been about 18 months since we last held an #AskMayorCam session, so as you can imagine there’s an awful lot we could potentially ask the Mayor of the City of Guelph. So with the end of the year, and the end of the annual budget process at city council, the timing seem right to invite Mayor Cam Guthrie back to Open Sources Guelph for a bit of chat, a bit of reflection, and some questions from the listeners about what they think the important issues of the season are.

This Thursday, December 15, at 5 pm, Scotty Hertz and Adam A. Donaldson will discuss with Cam Guthrie:

*Halfway Point – Earlier this month marked exactly two years from the start of Cam Guthrie’s term in the mayor’s office, so we’ll discuss with the man who literally wears the chain of office about how he feels at the halfway point of his mandate, whether or not the job is everything he expected to be, and what he is hoping to accomplish before 2018.

*2017 Budget – In what ended up being a relatively smooth process this year, we’ll ask the mayor about the challenges in meeting his mandate to keep taxes increases within the rate of inflation, and what he was thinking about as he cast his vote in favour of the one per cent infrastructure levy.

*Development – From movement on the redevelopment of the IMACo site, to the lightening pace that the 75 Dublin St N project went through, there may be some big changes coming soon to the landscape of Guelph. We’ll talk to the mayor about the speed of development and whether changes made this year to various policies and bylaws will have the desired effect for a more business-friendly city hall.

*City Hall Relations – There was a lot of movement in key positions at city hall this year, with the old chief administrative officer stepping away, the city treasurer moving on to a new job and the general manager of transit being quietly fired. On top of that, there was some friction between the councillors themselves over what was going on behind closed doors. So what is the mood at City Hall after a year of upheaval?

*Your Questions – And you have a lot of them.

One thought on “Open Sources Show Notes for Thursday December 15, 2016”