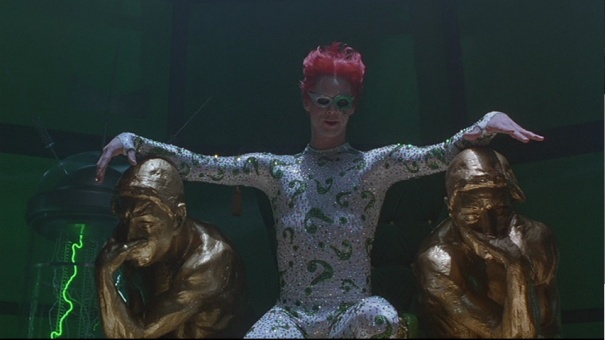 Riddle me this, riddle me that, who’s afraid of this week’s Open Sources Guelph? The answer is everyone, we’re too powerful now. But seriously folks, we have serious questions and we’re going to take a break from breaking news on this week’s show to consider some of those big questions about this Fall’s Federal Election. Issues, tactics, controversies, and perhaps even a frightening glimpse of the future (depending on your point of view) are all on the table as we anticipate a very contentious campaign in the coming weeks.

This Thursday, July 16, at 5 pm, Scotty Hertz  and Adam A. Donaldson will discuss:

1) Will there be any “funny business” this election? People are still remarkably concerned about another robocalls affair. Opposition parties are pledging not to get negative, but it seems like they’re of the opinion that they’re going to have to get at least a little dirty in order to win. Meanwhile, Stephen Harper’s playing a shell game with debates, and the recent affair with Wei Young is unlikely going to promote more press availability amongst certain candidates. Will 2015 be a fair fight for all parties?

2) Is a “Unite the Left” movement inevitable? Despite the first place showing of the NDP, even the most optimistic of polls put them in minority government territory. Almost two-thirds of Canadians want to change course, but while there’s only one road to the right, there are several potential roads to the centre and to the left. Without an electoral reform option, the only way that left of centre policies will be given room to grow will likely be if the left unites under one banner, but is such a thing even possible in a highly partisan environment?

3) Can the Tory’s “fear change” strategy work? The Harper Conservatives wanted to run on a robust economy, but that seems less and less likely with every week. Instead, they tried to shift the subject to security earlier this spring, but even members of the base are against Bill C-51. The Tories will try to spin that in these perilous times for the economy and national security, change is dangerous, but the polls aren’t bearing that out. Can a fear campaign work for the governing party in 2015?

4) Is this the year we get an NDP Federal government? What was once implausible is now very possible, and more and more it’s looking like come November, there might be a Prime Minister Thomas Mulcair making his home in the 24 Sussex Dr. It’s far from a done deal though, Mulcair is still being largely ignored by Conservative attacks, there’s a resurgent Bloc Quebecois threatening the NDP beachhead in La belle province, and they’ve still got to translate that grassroots enthusiasm into actual votes. Can the NDP beat the odds and form a government for the first time on Parliament Hill?