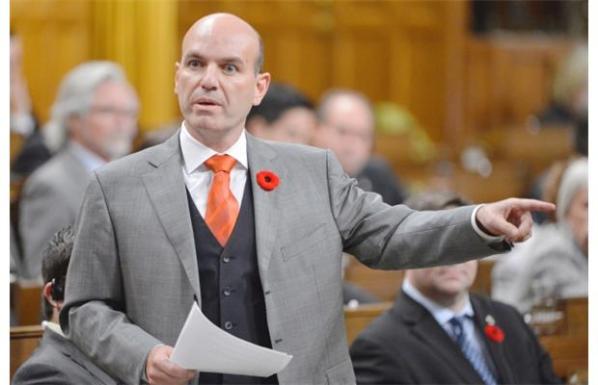 Not for the first time, NDP Finance Critic and MP for Skeena—Bulkley Valley Nathan Cullen, has taken the statements of Finance Minister Joe Oliver and edited to fit what he thinks gets to a much more realistic point beyond what Cullen sees as partisan ass covering.

The NDP were spreading this around on social media yesterday:

A not entirely unfair analysis, but that serves its own partisans ends as much as any TV ad. Cullen has not been shy about attacking Oliver throughout the latter’s tenure as finance minister, especially during those long stretches where it seems as if Oliver is in a self (or public) imposed exile. Because of that, Oliver is not doing himself, or his government, any favours by issuing memorandums rather than putting in some face time before the cameras in a week where the bad news seems unending.

In only a couple of more weeks now, these politicians can formally duke all this out during the official campaign period. In the meantime, look for the NDP to keep hitting hard, while the Conservatives keep dodging those swipes while hoping that the economic news isn’t as bad as it’s looking.