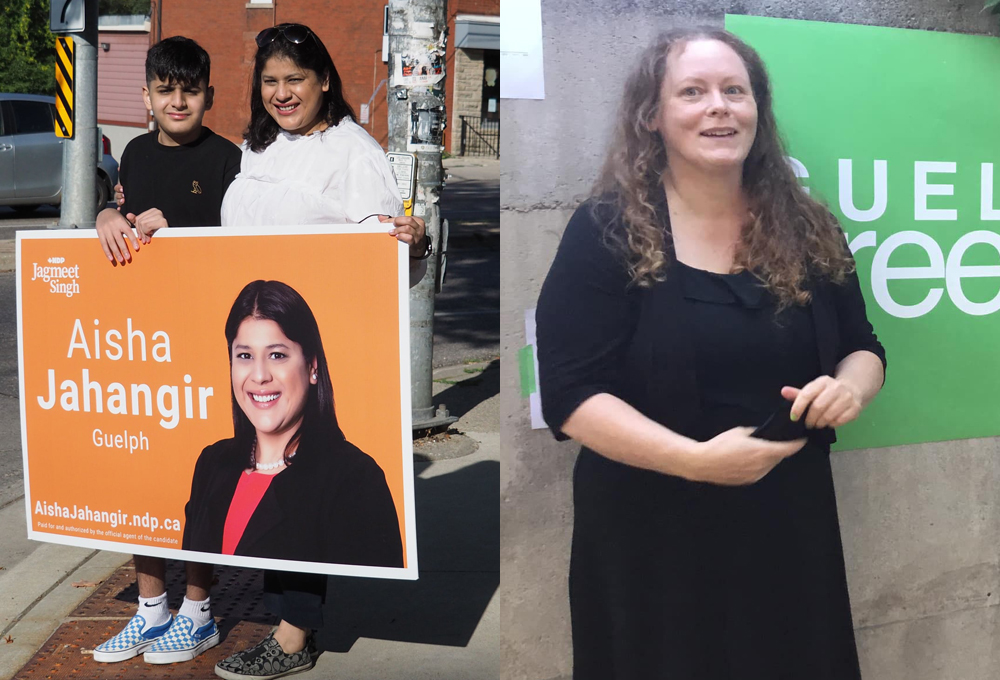 This week on Open Sources Guelph, we’ve got a great election interview double-header. In this corner, we have a returning champion, the NDP candidate Aisha Jahangir, who wants to be Guelph’s first NDP Member of Parliament. And in this corner, we have the new kid, Green Party candidate Michelle Bowman, who will try and make this riding fully Green and not just half-Green. Election Day is almost here!

This Thursday, September 9, at 5 pm, Scotty Hertz and Adam A. Donaldson will discuss:

Nurse Jahangir. In the 2019 Federal Election, NDP candidate Aisha Jahangir finished in fourth place here in Guelph. Obviously, she hopes to do better in 2021. Riding the now-seasoned coattails of Jagmeet Singh, and a general feeling that government needs to be more proactive, the labour leader and experienced nurse hopes that she and her party will be a spoiler this election? We’ll ask Jahangir how she intends to do it.

Bowman Holiday. Green Party candidate Michelle Bowman has a lot going on. She’s an environment scientist, member of the Green shadow cabinet, and her party placed a strong second here in the last Federal Election. On the other had, she’s a new face in local politics, and the Green Party has been through the ringer this summer, so how can Bowman and the Guelph Greens bounce back and paint the town you-know-what?