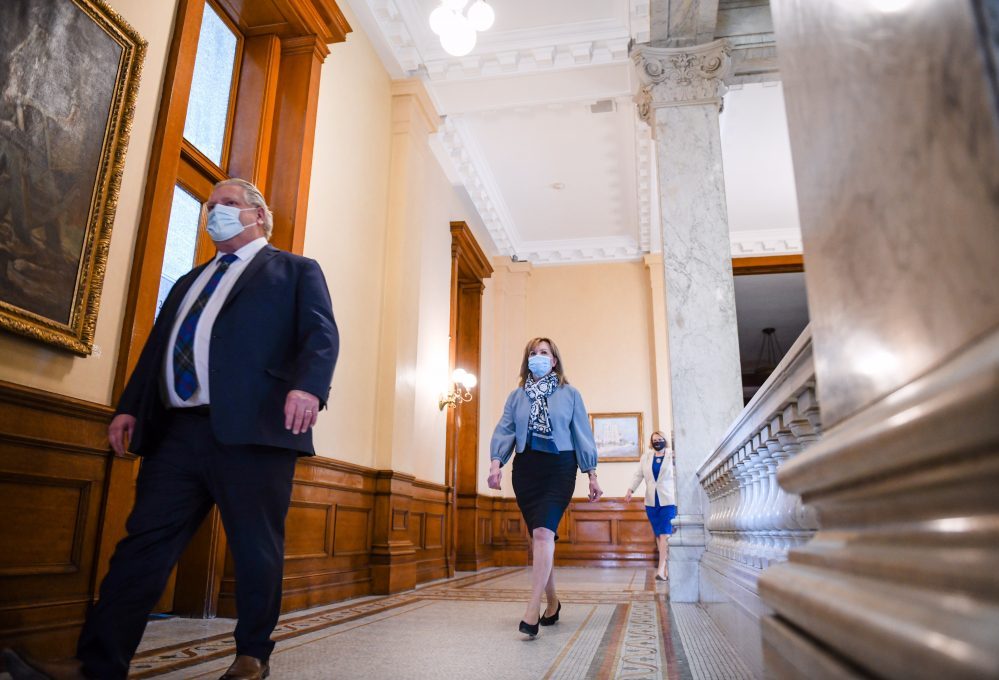 This week on Open Sources Guelph, there’s friction. In this province, the friction is around the use of constitutional tools for legislation ruled unconstitutional, but on Parliament Hill, the friction is between members, and former members, of the Green Party. Local friction? Got that too! We will talk to a member of city council about the latest business around the horseshoe involving two controversial topics.

This Thursday, June 17, at 5 pm, Scotty Hertz and Adam A. Donaldson will discuss:

Clause: The Revenge. On Monday, after a long weekend of debate, the Government of Ontario passed legislation limiting third party election spending for the second time. They use the notwithstanding clause of the Constitution to do it, which prompts all kinds of questions about the authoritarian leanings of Doug Ford, and the priorities of the government who recalled the legislature to make it happen. Will Ford pay a price?

Better Not Call Paul. Last week, Jenica Atwin crossed the floor and joined the Liberals, which instantly reduced the Green Party caucus in the House of Commons by a third. Atwin’s victory in 2019 was seen as big breakthrough for the Greens, and a potential beachhead for future east coast expansion, so what happened? In two words: Annamie Paul. What is behind this schism in the Federal Greens, and is it really Paul’s fault?

Return of the MacKinnon. On Monday, Guelph City Council approved a part V heritage designation for the Ontario Reformatory lands. Next Monday, council will decide what it’s going to look like in the 2022 Municipal Election and beyond. So that’s two pretty big issues in the span of two weeks. We need to talk to a member of city council about these important issues, so this week we’re joined by Ward 6’s Mark MacKinnon.