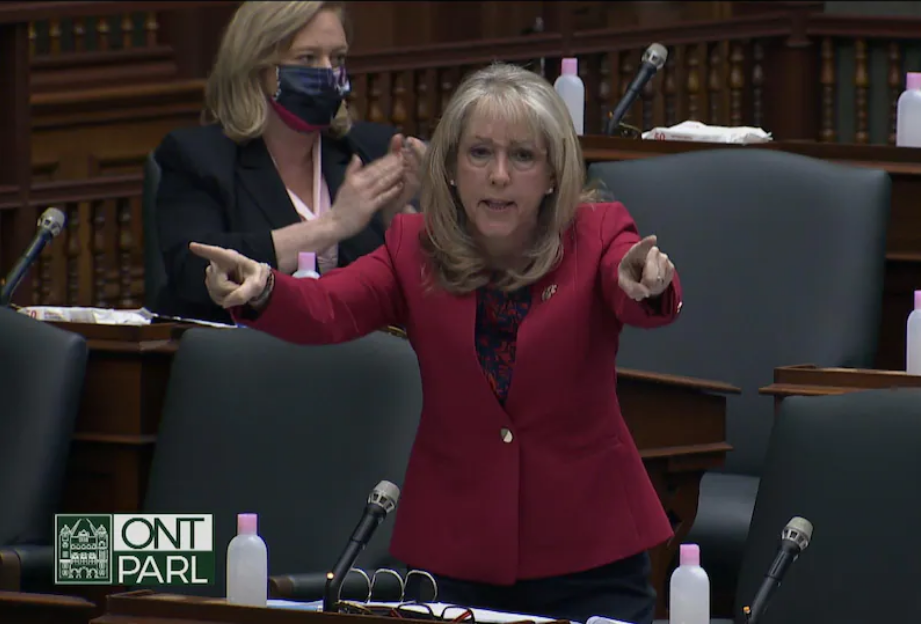 This week on Open Sources Guelph, we’re coming down from May Day, Star Wars Day, and Cinco de Mayo. The news week was almost as busy with provincial pandemic politics this week focused on the long-term care enigma, and the conundrum of anti-lockdown protestors. Federally, the sexual misconduct story in the military keeps getting bigger, and then there’s this other big education story in northern Ontario…

This Thursday, May 6, at 5 pm, Scotty Hertz and Adam A. Donaldson will discuss:

Care Bares. Last week, there were two reports about long-term care in Ontario, and they both said the same thing: the province got caught with their pants down at the start of the pandemic, and a lot more people died in care because of those shortcomings. The minister in charge of the file, Dr. Merrilee Fullerton, tried to respond this week, and let’s just say it didn’t go very well. Have any lessons been learned from these reports?

Lonely Trinity. The Ontario attorney general’s office forced the doors of Trinity Bible Chapel closed last weekend. It was the first time that this church, which routinely flaunts stay at home orders and capacity limits, was pre-emptively acted against by local authorities who have been too often skittish about taking action against lockdown scofflaws. Is that tune finally changing, and what happens this coming weekend in Waterloo?

Conduct Disorder. The Federal government’s problems ridding the Canadian Forces of sexual misconduct keep adding up. This week, it was the head of the military intelligence school that was forced to resign, while the opposition have called on the Justin Trudeau’s chief of staff Katie Telford to resign over the mixed messaging about how much the PMO knew about these deep routed problems. We’ll try to sort out the mess.

College Tumor. While all universities and colleges in the province are struggling with the financial pressures of the pandemic, Laurentian University has filed for creditor protection. With liabilities of over $300 million, Laurentian has slashed its educational programs in response by chopping 58 undergrad programs, 11 grad programs, and 116 teaching positions. How did this happen, and can Laurentian be saved?