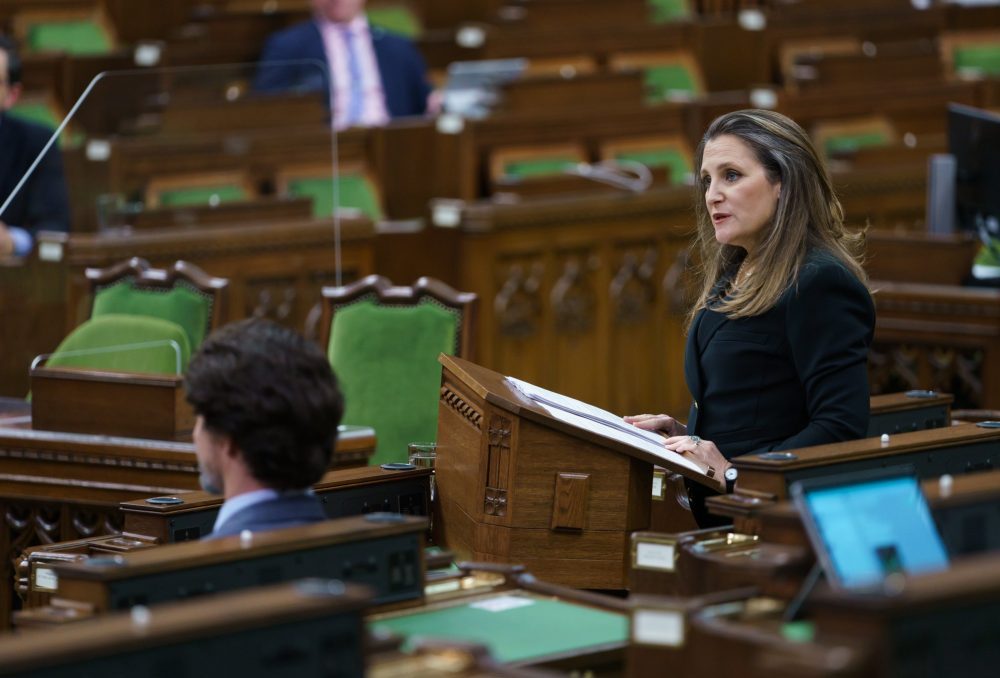 This week on Open Sources Guelph, we can’t handle all the drama at Queen’s Park. There are a lot of juicy stories coming out of the Ontario Legislature this week, but who can keep track of it all? So let’s go to Parliament Hill, where they delivered a budget after a 25-month hiatus, and then we’ll head stateside for a talk about social justice. After the break? Back to Ottawa, and a chat with China’s most hated Canadian!

This Thursday, April 22, at 5 pm, Scotty Hertz and Adam A. Donaldson will discuss:

Two Years a Budget. For the first time in two years, the Federal government delivered a formal budget, and for the first ever, the new shoes bought for the Finance Minister came in a woman’s size. Chrystia Freeland announced all kinds of new spending meant to finish the fight against the pandemic, and thanks to Jagmeet Singh it seems unlikely that this budget is going to force an election. So what all was in the budget?

Three Strikes. In a move that was somehow both expected and surprising, former Minneapolis police officer Derek Chauvin was convicted on all three counts stemming from his murder George Floyd last summer. So justice is served, right? Not if you ask 2nd Lt. Caron Nazario, or Daunte Wright, who was shot and killed a short drive from where Chauvin was on trial. Where does the fight for equal justice go next?

Chong on China. Wellington-Halton Hills MP Michael Chong has been hitting China so hard lately, they actually sanctioned him. As the Foreign Affairs critic on the Conservative bench, Chong has pushed against China on a variety of causes whether it’s the Uyghur genocide, or the continued detainment of the Two Michaels. Chong will join us this week to talk about all of that, plus how we can be critical of China without stoking ant-Asian racism at home.