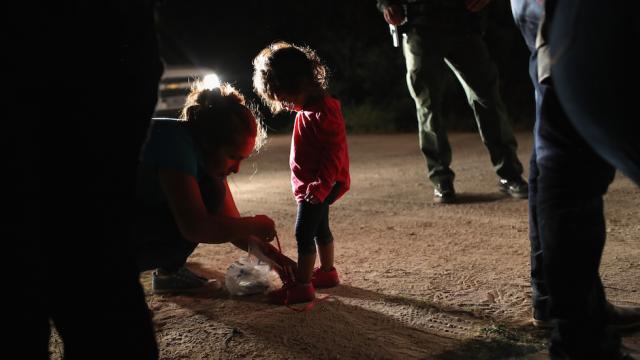 This week on Open Sources Guelph, we’re going to try and not make the children cry, but it will be hard. We’ll discuss the latest from the humanitarian crisis south of the border, which is stressful enough to make you want to take a puff of the wacky tobaccy. That will have to wait a few more months here in Canada, but if there’s one thing you won’t have to wait for, it’s the new Ontario government undoing the work of the last one. All that, plus some depressing discussion about the dangers of the big city streets, are coming up on this week’s show.

This Thursday, June 21, at 5 pm, Scotty Hertz and Adam A. Donaldson will discuss:

High Time. Although it’s a little behind schedule, the legalization of cannabis in Canada seems finally ready for launch with the House and the Senate reaching an agreed upon bill that’s ready for Royal Assent. There is one big question left to answer though: is the public ready? Are the provinces ready with all the storefronts and internal infrastructure they need? The answer to those questions seem less than certain, and we’ll talk about those as we count down to the beginning of legal weed.

Crisis and Cruelty. A new policy by the Department of Homeland Security in the U.S. has seen a huge uptick in parental separation, kids taken from their parents as they try to cross the Mexican border illegally and are detained separately. Human rights advocates, Democratic politicians, and even some Republican lawmakers were all demanding the policy be revoked at once, and as journalists work hard to find the kids, the Trump administration works hard to spin. We’ll talk about the latest in this still developing story.

Ford Struck. We knew it was coming, and indeed the Doug Ford era in Ontario began with the new Premier pulling the plug on cap and trade and swearing to fight tooth and nail (legally speaking) to stop the federal carbon tax. He then put a hiring freeze on the government, cancelled all the perks, and bared any government employee from out of province travel, all before cancelling Ontario’s various energy efficiency programs. So is this more or less what we expected from Ford, and where do we go from here?

Ride and Die. A couple of years ago, Toronto Mayor John Tory launched Vision Zero, an initiative to eliminate all road fatalities in the city by 2021. Two years out from the start of Vision Zero, Toronto streets has seen nearly 100 pedestrians and cyclists killed, and there’s still three years to go before the deadline. The pressure has been turned up on Tory to take firmer action. Former chief planner, Jennifer Keesmaat, made the point that SARS took just 44 lives to be considered a crisis. So what can Tory, or any Toronto politician, do?