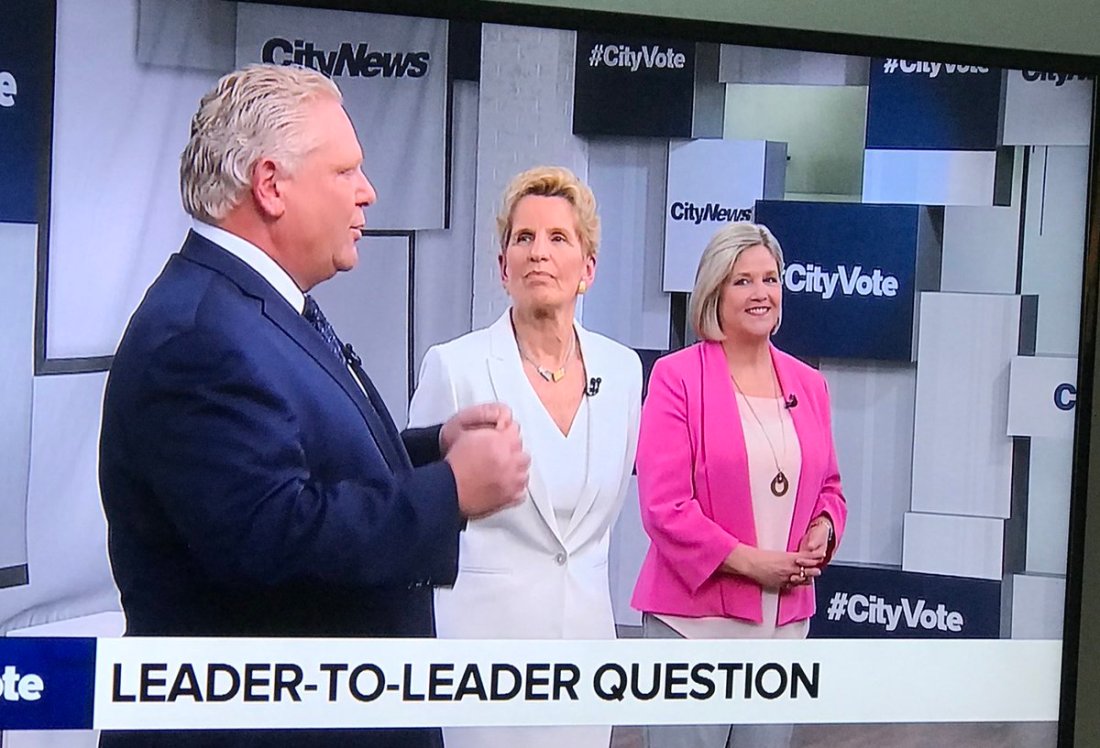 Enjoy our last burst of punditry for a while, because next week on Open Sources Guelph it’s going to be all about the candidates. Before all that though, we’re going to be talking about the Ontario election in a broader sense by catching up with the leaders, and then we will look west where the Alberta Conservatives are counting down to their own change election. Also, we’ll talk about the new anti-hate organization that’s arisen from the response to the Toronto Van attack and other incidents of extremism here in Canada, and we’ll finish off with something a little… mellow.

This Thursday, May 10, at 5 pm, Scotty Hertz and Adam A. Donaldson will discuss:

1) Finally… After talking about it for many, many months now (why do we have fixed election dates again?), the Ontario Provincial Election finally kicked off at 12:01 am on Wednesday. To prove the campaign began before the campaign began, a leader’s debate was held by CityNews Monday night, which featured a lot of screaming and posturing by the three invited party leaders – Kathleen Wynne, Doug Ford, and Andrea Horwath. It was so bad at times that some people think the person that won, was the person not invited to the debate (that’s Green Party leader Mike Schreiner by the way). We’ll launch the campaign with appropriate pith.

2) “Green Left”. Getting party members fired up for an election one-year from now, United Conservative Party Leader Jason Kenney declared war on the “Green Left”, and we don’t mean the progressive news site from Australia. But while Kenney’s fiery attack on David Suzuki, and less high-profile environmental activists, got the most attention, Kenney was setting off some markedly different fires with social conservatives by waffling on the party’s stand against Gay Student Alliances, and then there was another waffle about the motion on parental consent for “invasive” medical procedures (*wink*). Is the United Conservative really that United?

3) Hate the Haters. As we’ve seen with Alexandre Bissonnette and Alek Minassian, and the proliferation of groups like the Soldiers of Odin, the Northern Guard, and the Three Percenters, hate groups are growing in size, number, and ferocity here in Canada. For those looking for a way to combat the spread of hate in Canada, there’s now the Canadian Anti-Hate Network. Set up to be our country’s answer to the Southern Poverty Law Centre in the U.S., CAN is crowdfunding to launch their research and activism. We’ll be joined by journalist Evan Balgord, the executive director of CAN, to talk about the organization and how he hopes it will start a backlash to the hate.

4) Up in Smoke? In a little less than two months, Canada is supposed to be enjoying a new era of legalized weed, but even at this late date there are signs that it might not end up happening. Indigenous communities across the country are concerned because they don’t think they’ve been consulted enough, a senate committee is recommending last minute changes, provinces and police forces are concerned they’re not ready, no one’s sure what to do when U.S. Border Security asks about pot use, and then there’s the fate of all those people in jail for recreational (but illegal) pot use. So will the Liberals buckle and delay or is this full-speed ahead?