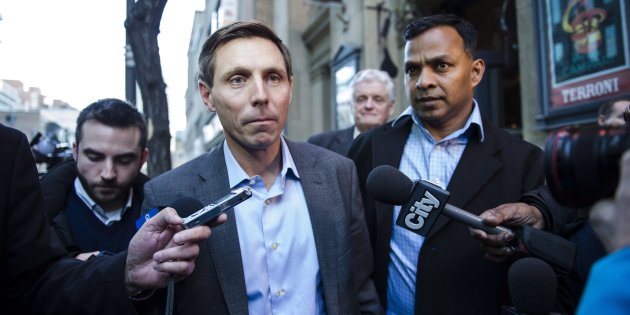 On Open Sources Guelph this week, we’re going to get a little philosophical. Sure, we’ve got to deal with more madness in the Ontario PC leadership race first, but then we get right into the philosophy. For instance, might the pleas of teenage massacre survivors might finally be the tipping point for America’s gun obsession? Is there a different way for Ontario cities to fund themselves? And are we getting the short shrift on jury duty? Let’s get out our thinking caps on and get down to business…

This Thursday, February 22, at 5 pm, Scotty Hertz and Adam A. Donaldson will discuss:

1) Brown Field. In a surprise move at the eleventh hour (well, more like the fifth), Patrick Brown entered the field to win his job back. The former PC leader, feeling vindicated after passing two lie detector tests (you know, like that guy that came back in time with the cure for mortality),  got his papers in just under the deadline so that he might run to get his job back, and although his participation is far from a done deal, it is forcing PC members, and his fellow leadership contenders, into some new ethical quandaries, and that doesn’t just mean the assault allegations. No, many in the party are still concerned about the inflated membership numbers and the missing money from those memberships. Has Patrick Brown turned a circus into a… bigger circus?

2) Kids Incorporated (Non-Profit). Another week, anther school shooting in the United States. Just when we were getting ready to say, “Nobody cares, everything stays the same,” something interesting started happening. The student survivors of the shooting at Marjory Stoneman Douglas High School in Parkland, Fl., started to speak out. Students spent the weekend speaking out as their dead classmates were being laid rest, and then 100 of them got on a bus and headed to Tallahassee to tell politicians in person that a change has to be made. Do these kids have the power to change things? They must because the alt-right internet trolls are already coming for them? The question remains though: is this the breaking point for America and its gun problem?

3) Tax-eh? Driver. With provincial and municipal elections coming up this year, it might be a good idea to talk about how our cities are being funded, or rather how they’re not being funded. Municipalities from around Ontario are organizing to push the Province towards a radical idea: a local sales tax. Either as part of the HST, or as it’s own separate tax line, the Association of Municipalities of Ontario are looking for a one per cent province-wide sales tax that will raise $2.4 billion a year to help with local infrastructure. New York City did it, raising $7 billion for roads, bridges and transit in the five boroughs. So could such an idea catch on here? And could such an idea catch on without the help of the mayor of Ontario’s biggest city, Toronto’s John Tory?

4) Jury of Won. Jury duty has long been an irritant of the working man and woman, the butt of many jokes about its inconvenience. The fact of the matter is though that for many people, taking time off of work to fulfill their civic duty is indeed an inconvenience.  Lucky are the ones allowed the time off with pay, but otherwise people are being asked to serve , perhaps for weeks at a time, with less-than-minimum wage compensation and no expenses for parking, transit, meals or childcare. There are many ways that our court system is inaccessible, but this may be one of the lesser known ones, because how can we have a robust jury pool when so many peers can’t afford to take part in the process? Is there a way to change things in Ontario?