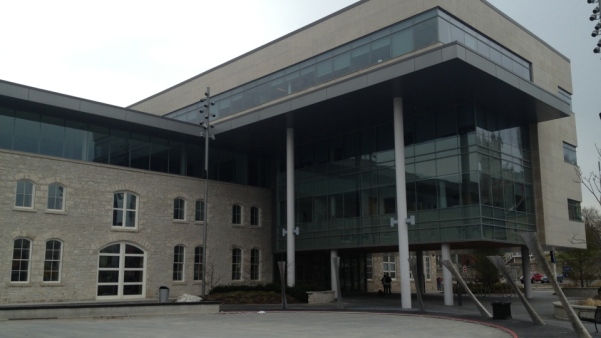 After the Liberals won election last year, some civic minded web builders thought, “Hey, Justin Trudeau and his party made a whole lot of promises in this campaign, why don’t we measure their success?” There’s been so much talk lately about promises broke, and promises seeming like they’re bring broken, I decided to check out the TrudeauMeter, and the score is 90 not started, 68 in progress, 37 achieved and 28 broken. It’s easy to understand the compunction. It’s only natural that we want to measure things according to their success or failure. It’s another way of saying something is good (successful) or bad (failure), but should be using something as subjective as campaign promises to be the judge of a government’s success?

Trump fans aren’t the only ones with buyers’ remorse lately. Ward 6 Guelph Councillor Mark MacKinnon took the brunt from Gerry Barker this week on two counts, the first being that MacKinnon, along with Ward-mate Karl Wettstein, pushed for $684,000 in doing the first phase of design and preparation for a South End Rec Centre, a project which, at this point, has been on council’s radar since the Cretaceous period (politically speaking). The second count was when MacKinnon moved the successful motion to make the initial phase of the 10-year infrastructure levy 1 percent, which was half-a-per cent more than staff had recommended.  “Mr. MacKinnon has implied that paying taxes is a privilege of citizenship and citizens owning property should mortgage their properties to pay their taxes,” Barker wrote. “Further, he argues that with the increasing equity in private properties is reason to force people to pay for the wasteful spending of previous administrations. This outrageous theory is the hallmark of the previous administration.”

The kicker, for Barker anyway, is that MacKinnon was one of a slate of council candidates he endorsed in the last election through GrassRoots Guelph, a supposed political advocacy group that was, as the name implies, grassroots, but was really more an advocacy arm for Barker’s pet (only) issue, which is that his taxes are too damn high. Presumably, Barker thought that his slate, if elected, would hack and slash at the municipal budget until it got closer to something resembling zero, so it’s worth noting that one of Barker’s picks for Ward 2, Andy Van Hellemond, also voted in favour of the one per cent levy. It’s also worth noting that MacKinnon and Van Hellemond were two of the no-votes on the contentious 7-6 vote to approve the 2016 budget last year, along with its 2.99 per cent increase.

The mayor himself has not escaped Barker’s wrath, even last week comparing Cam Guthrie to Kathleen Wynne because the mayor will be speaking at the “State of the City” address hosted by the Chamber of Commerce next month, a ticketed event. Barker equated this annual event that’s covered by local media and been part of the political and social calendar for years, to the Premier’s “cash for access” fundraisers, the outrage over which caused the Ontario government to pass new fundraising rules and has reverberated at the federal level. Barker, it seems, is grasping at anything to turn Guthrie into the “traitor” that the Guelph Speaks webmaster wants him to be. Or to phrase it with Barker’s own words: “You promised in the 2014 election campaign to keep property tax increases to the rate of the Consumer Price Index (CPI). […] What happened?”

What happened was reality. While some political promises die on the hill of expediency, or difficulty, or because the party that promised them realizes making a promised change can hurt them politically (Hello, electoral reform!), sometimes promises die because life is about hard choices, and sometimes the right choice you make isn’t about getting the thing you want, or you promised people you can get. Barker associate Pat Fung at a recent council meeting delegated in favour of the idea that the entire city communications budget could be binned to open cost savings, but how practical is it to eliminate the professional collection and decimation of important information sharing from city hall to its citizens? We’re talking about press releases, updating the city website, sharing notices on social media, co-ordinating citizen questions with the appropriate city staffer… I don’t know everything a communications staffer does in a day, but like looking from the outside in on a variety of issues, I doubt it’s as easy as Fung thinks.

This is where the Trump supporters’ blowback about “elites” and the “establishment” comes into play. They may want to #DraintheSwamp, but the fact of the matter is that they’ve elected a man with no elected or appointed political experience and no military service. Trump himself has talked about the learning curve he’s experiencing, apparently under the impression that all he had to do on day one at the White House was walk into the Oval Office and start giving orders, never-minding that no one would be there to carry them out because he didn’t appoint a new staff for that purpose. Trump is the high-end of the curve, so it’s almost unfair to use him in comparison to anything remotely political, but the ultimate outsider’s been forced to learn that while you can rage against the machine, you can’t become a part of it without, you know, becoming a part of it.

In Canada, despite the elongated honeymoon phase with Trudeau, we’re slightly more dubious about our leaders than our cousins in the U.S. For example, while Republicans like to flaunt Ronald Reagan with a fervour usually reserved for saints, you can’t find a Canadian Conservative that will ever start a sentence with “I’m an admirer of Brian Mulroney, and…” Skepticism is healthy, especially when dealing with government. Democracy demands the questioning of authority, but it has to come from a place that we’re all looking out for the best interests of our fellow citizens no matter our political leanings. To do so otherwise is to start looking at every debate as open war, looking at every political adversary as an enemy waiting to cut your throat when your guard is down. In that atmosphere, the candidate that breaks a promise becomes a traitor to the cause, and not someone with a thinking brain and a compassionate soul.

That’s not to say that we shouldn’t take a politician’s promises seriously, or that we shouldn’t vet those promises or write them off as naive, but the public owes it to those politicians to be critical and inquisitive about decisions without being bitchy. To question the Trudeau government on their apparent turn-around on electoral reform is a chance to remind them why it was important to promise it in the first place, as Fair Vote Guelph intends to do this week with a protest in front of Lloyd Longfield’s constituency office. As for the city budget, if you have different ideas, your local politicians are not inaccessible. If you have questions, that’s what they’re there for: to tell the people what they’re going to do, what they ended up doing, and why they ended up doing it that way.

This was a long-winded way of reminding everyone that this Thursday’s episode of Open Sources Guelph is dedicated in its entirety to an hour-long discussion with Cam Guthrie about the year that was, all the issues that came before council, and how the mayor ended up voting on them. If you have a question you’d like us to ask the mayor, let us know and we’ll get an answer for you this Thursday at 5 pm.