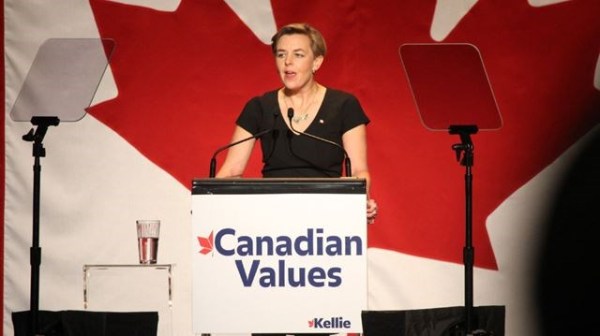 We’re pleased to take a break from the live-feed of the Washington circus this week on Open Sources Guelph to deal with more present matters here in Canada. Yes, there are plenty of leadership-related predicaments here in the Great White North, and they need to be given some air time too. For instance, did you know that no one’s running for the federal NDP leadership yet? Meanwhile, things are getting a little off the rails in the Federal and Alberta Conservative leadership campaigns, and if you’re a journalist in Montreal, you better check your phone, because your phone might be listening to you.

This Thursday, November 17, at 5 pm, Scotty Hertz and Adam A. Donaldson will discuss:

1) Brinksman-Dip. While the Conservative race has nine people representing various individual points of view, the race for the New Democratic leadership seems stalled at the starting line. Steve Paikin is already calling this the beginning of the end for the Orange Wave, and while that may be a little premature, one can’t help but get the impression that there’s something wrong when it comes to who could lead the left of the left in this country. To get some insight, we’ll talk to local NDP supporter Shayne Douglas Ward about where his party is, where he’d like to see it go, and where all the future leaders of his party might be.

2) Kellie’s Zeroes. Unfortunately for a party looking to rebrand itself in the wake of an embarrassing loss last fall, the brand that’s getting the most press is that of an orange-coloured populist south of the border that flirts with racism. As the federal Conservatives get closer to naming their new leader, the debate – both actual, and metaphorical – has come down to immigration and Canadian values, two things that the party should have learned from after the disastrous 2015 campaign. It’s enough to make you wonder if the Conservatives really want to be a viable force in defeating Justin Trudeau in three years. We’d ask Kellie Leitch herself, but she skipped out on the last press availability of the leadership candidates, so…

3) Kenney Dreadful. Meanwhile in Alberta, there’s another Conservative leadership competition taking place, and its one where the stakes are higher because Alberta PCs are trying to get their party back on the dynasty track with the rival Wildrose Party nipping at their heels. It seems like this is Jason Kenney’s race to lose, he’s even got the former Prime Minister Stephen Harper out there campaigning on his behalf, so what could possibly go wrong? How about allegations that his supporters harassed fellow candidate Sandra Jansen out of the race? In the spirit of growing disenfranchisement with the establishment, is Kenney now too big to succeed now?

4) Spy Blame. Freedom of the press took a hit last week that had nothing to do with He Who Must Not Be Named, as seven Montreal journalists learned that their phones were being tapped by Quebec’s provincial police. The revelation, which came from “sources” and not from the police themselves, caused such an uproar that an emergency debate in the Quebec legislature was called to discuss the matter. But here’s a question: why were the police more concerned about the reputation of someone accused of corruption in the Carbonneau Commission investigations than protecting the press from intrusive police surveillance? What’s the deal?