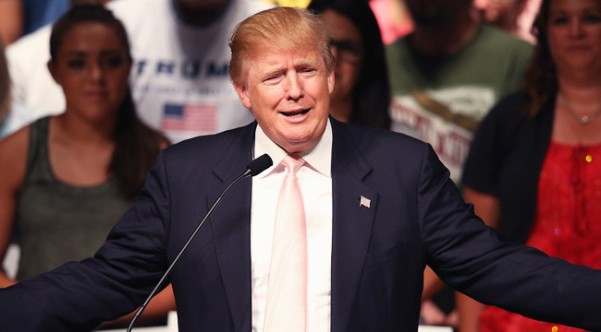 On this week’s episode of Open Sources Guelph we consider a name change to the show, at least through to November: “What Stupid Stuff Has Donald Trump Said This Week?” Obviously, that’s how we’ll kick off the show, but we’ll try and keep the insanity of “Cheeto Jesus” to a minimum as we look even further south to the Olympic games in Brazil, which aren’t nearly the disaster of the Trump campaign, but close. Then we’ll head out to Vancouver where one type of housing woe has replaced another, before wrapping things up with the delicate politics of Israel, and what one federal political party might have to say about them.

This Thursday, August 11, at 5 pm, Scotty Hertz and Adam A. Donaldson will discuss:

1) Sophomoric Slump. The cycle continues: Trump has a bad week, redeems himself by demonstrating skill at reading a teleprompter, and then he says something bat$#!% crazy to start the cycle all over again. This week, Trump told supporters that maybe Second Amendment supporters had a way to stop a future President Clinton from getting their guns. (Hint. Hint.) Following a beef with a Gold Star family, an asinine answer to a question about sexual harassment, and impetuously refusing to endorse high-profile members of his own party, Trump really didn’t need to say something stupid this week. Especially on a Tuesday. And Especially when Hillary Clinton keeps talking herself into trouble over emails. We’ll discuss the latest from the U.S. race.

2) Rio Static? Protests against the government, long lines to get into events, unfinished athletes’ quarters, and “dangerously high levels of sewage” in the bay where aquatics events are being held are just a few of the problems to be suffered through this first week of the Olympics in Rio de Janeiro. Heck, even the McDonalds in Athletes’ Village was forced to shutdown after being so overwhelmed, and this is McDonalds, a well-oiled machine if there ever was one. Whether the problems are real or imagined (a kayaker capsized by a submerged sofa?), this Olympiad may go down in history as one of the most logistically difficult in recent memory, which forces us to ask again: Is the Olympics really worth all this bother, scandal and outrage?

3) Tax Decentive. The people in the greater Vancouver area wanted the government to do something about ever increasing housing prices, so they did. A new tax on foreign buyers has had an immediate chilling effect on the red hot housing market on the left coast, and perhaps more than they intended as people in the midst of filing their papers now find themselves subjected to thousands of dollars more in a new tax, and it’s not just targeting those looking to purely invest their money in real estate that are affected. People looking to make their home in Vancouver, but don’t yet have their residency papers completed yet, have been classified as foreign buyers even though they’re planning on staying, forcing them to pay the extra tax as wekk. So has B.C.’s solution caused more problems than it’s solved?

4) It’s Not Easy Being Green. In a move that’s sure to be controversial – heck, it’s already controversial amongst the members – the Green Party has endorsed the addition of a caveat to support boycott, divestment and sanctions against Israel to the party platform at the Green convention last Sunday. Approval of the BDS was a grassroots effort that Elizabeth May and her shadow cabinet didn’t put their weight behind, and it happened just as Israel itself is considering ways to deport or bar the entry of activists advocating for a boycott of Israel. The measure is sure to pose a difficult question for the Greens as they look to the next election: are they sacrificing long-term electoral prospects for the short term bump from the party’s activist wing?