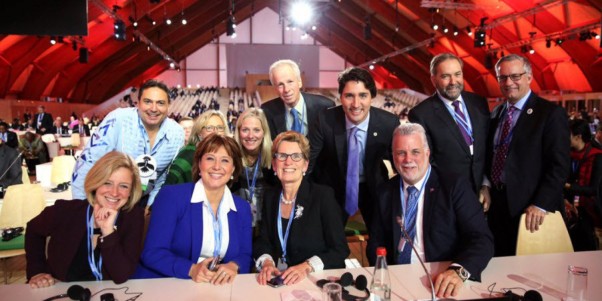 In the shadow of several gunmen, and an all-important worldwide conference to take on what maybe the greatest pending disaster in human history, Open Sources Guelph kicks off this week with a talk about medical marijuana. It’s a serious issue, perhaps not as serious as the other two, but important consider that as the Federal government looks to legalize pot, an entire industry now sits in a kind of legal no man’s land: waiting for legalization, but still, for the moment, illegal. A special guest will help us out with these implications, and then we’ll talk about the week’s big issues.

This Thursday, December 3, at 5 pm, Scotty Hertz  and Adam A. Donaldson will discuss:

1) The Politics of Medical Pot. The new Liberal government promised to legalize marijuana as one of its main election planks. The Ontario government recently said that it was okay to smoke and vape in public for those using medical marijuana, and then they took it back. Meanwhile, dispensaries keep popping up, caught in a legal neutral zone as a burgeoning business waits for governments of all levels to catch up. What do we make of all this? We consult an expert. Mark Zekulin, the President of Tweed Inc., will be our guest to talk about all the issues around medical marijuana, and how his company is striving to make its mark in an emerging industry.

2) Saving the Day. COP21 is underway in Paris, and is widely considered to be the world’s last, great hope to come up with a unifying plan to tackle climate change. Canada showed up in force with premiers, cabinet ministers, opposition leaders, and the chief of Canada’s First Nations, all in order to prove Prime Minister Justin Trudeau’s dedication to the cause, but even the optimistic noted that the targets Trudeau and Co. came to Paris with might still fall short. With Earth in greater peril, and the climate denier lobby stronger than ever, can we expect COP21 to enact anything resembling substantial change on the issue of the environment?

3) Too Many Shootings. We were going to spend this topic talking about Robert Dear and the shooting last Friday at a Planned Parenthood in Colorado and the various political implications, but then, last night, another mass shooting happened in San Bernadino, CA, at the Inland Regional Center. Details are still coming in about the motivations of the couple, but even President Barack Obama sounded weary in his initial reaction. It’s understandable, there’s only been 352 mass shootings (four victims or more) so far in the United States this year. Will nothing end the cycle of gun violence in America? And as for the case of Dear, was he partially inspired by the rhetoric of Republican Presidential candidates?