Last night, the Federal leaders met to debate for the third time, and the first time en francais. Aside from the difference in language, and the nearly 67 per cent increase in participants thanks to the inclusion of Elizabeth May and Giles Duceppe, there was a marked difference in tone and content with the focus on Quebec’s top issues. But some things didn’t change, and that was Prime Minister Stephen Harper’s skill at unintentionally creating easily gifable moments during a debate.

Courtesy of a Reddit user, here is a prime Harper moment, and perhaps a bit of insight into what he really thinks of Elizabeth May.

Admittedly, that was kind of funny. Unlike the last Harper-related debate .gif which was just creepy… 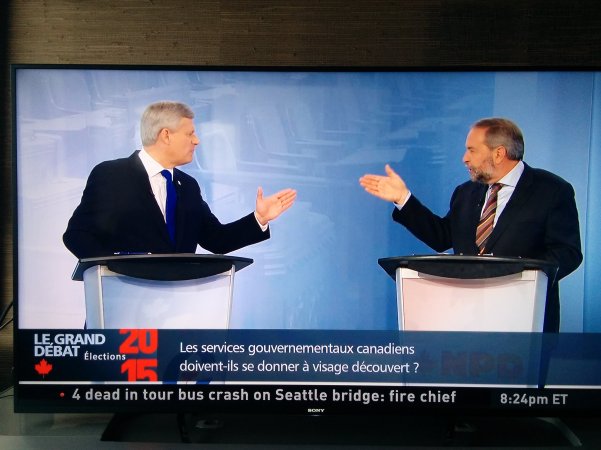 The good news is that there’s now only two debates to go in the campaign.