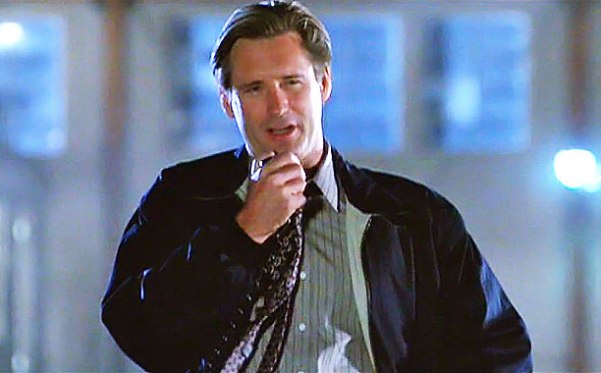 It’s been almost 20 years since Independence Day hit theatres everywhere. A winning combination of War of the Worlds, 70s disaster flicks and state-of-the-art effects, it was a smash hit when it came out in 1996, and has remained a fixture on TV ever since (including an all-day marathon yesterday on AMC). If there’s one scene that sticks above all others, after the one where the White House blows up of course, it’s the famous “rally the troops” speech by Bill Pullman’s President Whitmore. Well some industrious person on the internet thought that if Pullman could deliver that speech so good, then what about one of the best orators in current American politics: President Barack Obama.

Check out the supercut below:

Compare and contrast to the original if you like:

It’s worth noting that there’s currently an Independence Day sequel in development, which will re-unite much of the original cast including Bill Pullman. Obviously 20 years later, he’s not still the president. That distinction will go to Sela Ward, who is one of the many new actors to take part in Independence Day: Resurgence, which will be in theatres everywhere this time next summer.