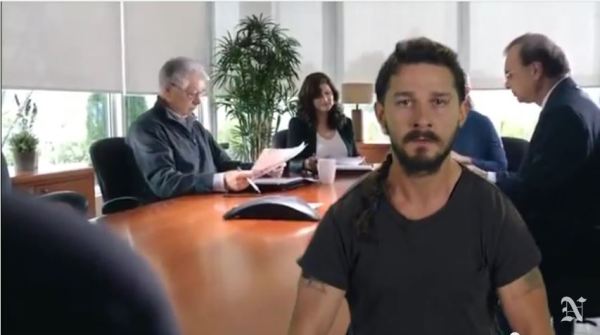 From the guy that brought you wearing a bag over his head to his own movie premiere, and sitting in an art gallery all day to have people come in an yell at him, comes Shia LeBeouf’s latest art project: standing in front of a green screen yelling motivational gibberish at the camera. The point of this has its own weird explanation, but some industrious Canadians saw an opportunity to inject a little “Beef” into our upcoming election.

“The Interview” with Justin Trudeau just got more interesting.

I guess we’ll find out October 19. So remember, “Nothing is impossible!” “Make your dreams come true!” and “JUST DO IT!”