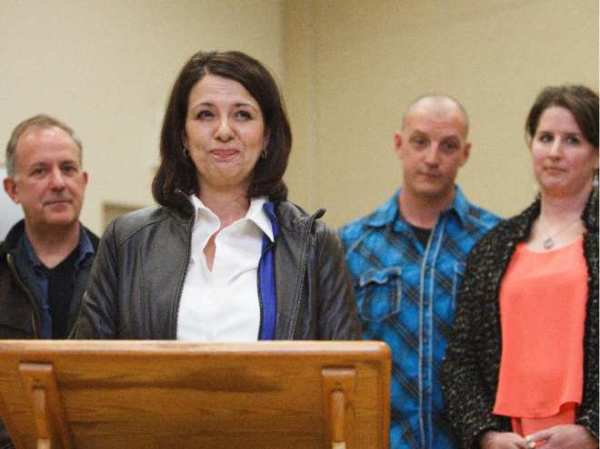 The news late last year that Wildrose Party leader Danielle Smith was leading eight of her fellow Alberta Members of the Legislative Assembly across the floor to the governing Progressive Conservative Party was a shocking development. Smith and the Wildrose had truly shaken the real politick of the presumption of ongoing PC rule, but instead, Smith led her rebellion, and now, it seems, she’s led herself to political ruin.

In a vote by the PC Riding Association Saturday night, it was decided that Carrie Fischer, not Smith, will represent Highwood for the party in the next provincial election. Fischer, a town councillor from Okotoks, was announced the winner though it’s unknown just how many of the 972 members of the Highwood PC riding association voted for either Fischer or Smith.

“This is, of course, a mixed-emotions day for me. I did want to get a mandate to be the PC candidate for Highwood, but residents felt otherwise,” Smith said in a statement after the vote. “I look forward to supporting Carrie in her efforts to win this riding for the Progressive Conservatives.”

Smith is one of three out of nine former Wildrose MLAs who’ve lost nomination battles as new Progressive Conservatives. Three others have said that they won’t stand for re-election, and the final three will indeed run as PC candidates in the next provincial election. What’s the big rush? There have been rumblings that despite the fact that there are still a couple of years left in the current government’s mandate, Premier Jim Prentice may call an early election given Alberta’s current economic turbulence.

Meanwhile, Brian Jean, former MP for Fort McMurray-Athabasca, was elected to be the new leader of the Wildrose Party with 55 per cent of the vote. Although he doesn’t yet have a seat, Jean now leads the official opposition of five Wildrose MPs, and he aims to upset the status quo in the expected spring election. “Not only are we ready to fight, not only can we fight and will we fight, but we will win. We will take them on everywhere and we will win,” Jean said.

The Alberta government released its budget last week revealing a $5 billion deficit due mainly to the sudden, drastic dip in oil prices resulting in layoffs and postponements of major capital projects. The Prentice government hopes to close the budget gap by ending the 10 per cent flat tax, introducing a new health levy and raising fees and so-called sin taxes. The government also plans on shedding over 2,000 public sector jobs.