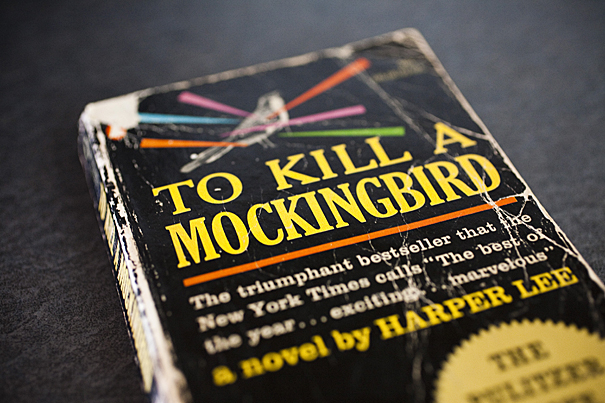 It’s been a staple of the high school English curriculum for decades, you’ve probably read it yourself, and until today it was the only book by Harper Lee to ever get published. Now, nearly 55 years to the day that To Kill a Mockingbird was released, Lee’s second novel Go Set a Watchman, will hit bookstore shelves later this year.

Go Set a Watchman is actually a sequel to To Kill a Mockingbird, set in the mid-50s in the midst of the upheaval just begun as the Civil Rights movement broke with Rosa Parks and Brown V. Board of Eduction. Here’s the synopsis from the publisher:

“Scout (Jean Louise Finch) has returned to Maycomb from New York to visit her father, Atticus. She is forced to grapple with issues both personal and political as she tries to understand her father’s attitude toward society, and her own feelings about the place where she was born and spent her childhood.”

When Lee wrote it, the events in the background of Watchman were contemporary, but now they offer a unique look at a powerful moment in the social history of the United States. And on top of it all, as Lee explains, it all happened quite accidentally.

“In the mid-1950s, I completed a novel called Go Set a Watchman,” Lee said in a statement issued by the publisher Harper and quoted in the AP. “It features the character known as Scout as an adult woman, and I thought it a pretty decent effort. My editor, who was taken by the flashbacks to Scout’s childhood, persuaded me to write a novel (what became To Kill a Mockingbird) from the point of view of the young Scout.

“I was a first-time writer, so I did as I was told. I hadn’t realized it (the original book) had survived, so was surprised and delighted when my dear friend and lawyer Tonja Carter discovered it. After much thought and hesitation, I shared it with a handful of people I trust and was pleased to hear that they considered it worthy of publication. I am humbled and amazed that this will now be published after all these years.”

Go Set a Watchman will be released on July 14. It’s already made the Top 10 amongst pre-orders on Barnes & Noble’s website, and has an initial print run of two million copies, which is an initial print run typically reserved for the likes of Stephen King. Will this Harper Lee book be another classic for the ages? It’s hard to think of a book with higher expectations upon it. After all, it won the Pulitzer Prize and spawned an Academy Award-winning movie.