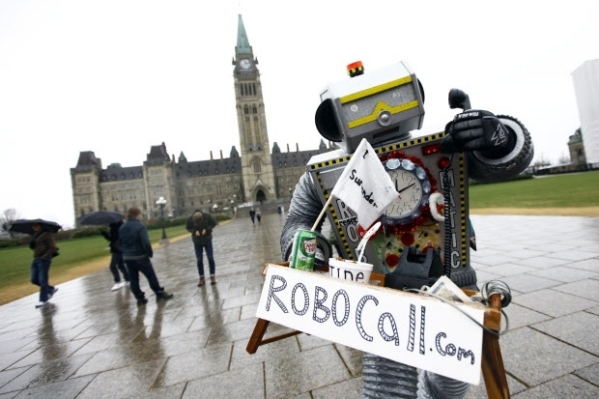 On this week’s episode of Open Sources Guelph, we spend the hour with some special in-studio guests hoping to do some informing of there own. With the 2015 Federal Election on the horizon, and the ghost of attempted widespread voter fraud in Guelph just four years ago, the good folks at Fair Vote Guelph want to get people on guard and engaged for the next time someone tries to hijack our democracy.

Two of the organizers of the townhall, former provincial election candidate Steve Dyck and local activist Susan Watson, will join Adam A. Donaldson and Scotty Hertz McWhinnie  for the hour to talk about the fallout of the robocall scandal in 2011, the trial of Michael Sona, the linger unanswered questions stemming from the controversy and whether or not we should be afraid it will happen again in 2015. Fair Vote Guelph hope to discuss the impact of the scandal by hearing from local voters affected, and from the candidates of 2011 themselves.

The townhall will take place at St. James the Apostle at 86 Glasgow St. N. at 2 pm on Sunday January 25.

Then, in the second half of the show, we will be joined by Michael Keefer, an emeritus professor at the University of Guelph. Keefer is currently writing a book about the robocall scandal, and will be keynote speaker at the townhall Sunday. He will join us to lend his perspective on the events of the last four years, and perhaps tease us with a preview of his remarks (and his book?). You can now listen to an interview Keefer did with the Guelph Politicast last year.

Fair Vote Guelph is starting 2015 with a town hall meeting to address the 2011 robo-call scandal. While much has been written about this attack on our electoral system, there has not been an opportunity for average citizens to come together to discuss this event thoroughly

On Sunday January 25th starting at 2 p.m., Fair Vote Guelph and the St. James’ Environment and Social Justice Committee are hosting a town hall meeting on robo-calls. The goal will be to review ‘what happened’, to understand how the work of Elections Canada led to the conviction of Michael Sona, and to collect input from voters who received the misleading robo-calls at the time of the 2011 election. We anticipate a lively discussion.

Candidates from the 2011 election are being invited to speak and discuss how they were affected by the robo-call issue. There will also be an opportunity for citizens and experts to speak on this matter as well as a question and answer section from the audience. We will also be speaking about ways to take action to prevent robo-calls from occurring again. This will be done by presenting the merits of updating the electoral system from the current first past the post to a proportional representation system.

There are a lot of voters in Guelph who would like to see the robo-calls issue examined thoroughly”, explains John Dennis, who is a member of the committee organizing the meeting. “This town hall will provide an opportunity to hear community members share their concerns and to learn about an alternate electoral system that would discourage robo-calls.

This event is being sponsored by the Guelph Chapter of the Council of Canadians, Guelph Solar, and the Guelph Wellington Coalition for Social Justice.

If you have questions or need further information, please contact Ken MacKay of Fair Vote Guelph at ken.mackay@xplornet.ca

About Fair Vote Guelph
Fair Vote Canada (FVC) is a grassroots multi-partisan citizens’ campaign for voting system reform. We promote the introduction of an element of proportional representation into elections for all levels of government and throughout civil society.

About St. James’ Environment and Social Justice Committee
St. James the Apostle is located at 86 Glasgow Street North. The Environment and Social Justice Team (also known as The Green Team) was formed in response to Bishop Michael Bird and the Diocese of Niagara creating the “Greening of Niagara Committee” and is part of the new arm of ministry that will help us more fully express ourselves as Christians. The group meets the first Tuesday of each month in the church library.