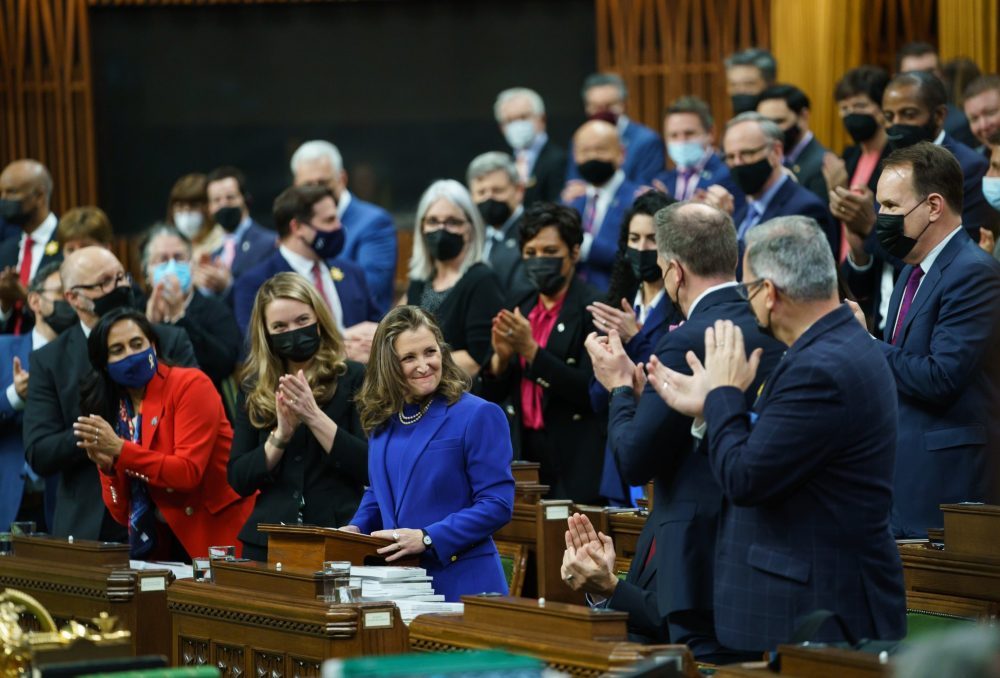 This week on Open Sources Guelph, the Easter Bunny’s bringing a basket full of issues. Before taking a nice, leisurely long weekend off, we’re diving again into the Ukrainian War (now in it’s eighth great week), and the latest in terms of Ontario’s sixth wave (non) response. In the back half of the show, we’re talking to our local Federal representative about that big to-do pictured above, last week’s Federal budget.

This Thursday, April 14, at 5 pm, Scotty Hertz and Adam A. Donaldson will discuss:

Back to Donbas. This week in Ukraine, Vladimir Putin has installed the man called “the Butcher of Syria” to lead his war effort, which now seems concentrated on seizing the Donbas and securing a land bridge from Crimea. Meanwhile, the call for war crimes charges is growing louder with more and more reporting about Russian soldiers using sexual violence against civilians. We’ll cover the latest developments.

The Moore You Know. Since everyone’s now calling it a sixth wave, Dr. Kieran Moore finally emerged from a personal trip to address a province full of people concerned about the rising number of COVID-19 cases. Mask mandates? Nope, not going to do that. The provincial policy of white knuckling through the sixth wave is firmly in place, so what is left for the people still worried about the pandemic to do?

Mo’ Money Talk. Last week around this time, the Federal government delivered the budget for the next fiscal year, and there was a lot of new spending. From defense, to home-buying, to expanded dental care, to the fight against climate change, there was a lot of money on the table, and to help us sort that out is Guelph MP Lloyd Longfield. Longfield will talk about that and other recent developments on Parliament Hill.