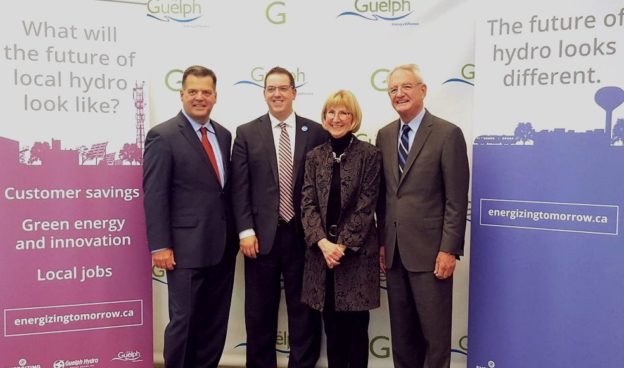 We’re quickly approaching the end of the year and the holiday season here at Open Sources Guelph, and that means this will sadly be our last live show of 2017. We never thought we’d get to the end of 2017, but we did, and we’re relieved. So before diving into our annual political movie picks and awards, we’ll look at the recent election. No, not that election, the one that happened in Canada this week. We’ll also talk about a new guaranteed income plan in Canada, the results of the Guelph City Council debate on the hydro merger, and the year in Guelph politics.

This Thursday, December 14, at 5 pm, Scotty Hertz and Adam A. Donaldson will discuss:

1) Fantastic Four. Alabama wasn’t the only place in North America that had an election this week! There were four federal byelections in Canada on Monday, and while three ended up rather predictably with the incumbent party winning, the fourth in South Surrey–White Rock saw the seat belonging to Conservative Dianne Watts go to Liberal Gordie Hogg. This is the huge one because the number of Conservative seats in B.C. is now in the single digits, which means that that party may be losing some ground on the left coast, but is this an indictment on Andrew Scheer’s leadership? And what of Jagmeet Singh’s new era as the head of the NDP? We’ll look at the vote and see if it tells us anything about the political landscape and the future electoral potential of Team Trudeau.

2) Quebec Gets Basic. Following in the path of other Canadian jurisdictions toying with a basic guaranteed income, the Province of Quebec is now crafting its own plan with a $3 billion endeavour to fight poverty and promote economic inclusion. It’s estimated that 84,000 Quebecers will qualify for the program, which guarantees a minimum annual income of about $18,029 for those with mental and physical disabilities that might keep them from seeking and keeping active employment. Cool, right? Parti Québécois Leader Jean-Francois Lisée disagrees, and can you seriously tell me that those people will be able to get by on just over $18K per year? We’ll talk about whether or not this plan will actually do anything to help people in real need.

3) Alectra Life. On Wednesday night, Guelph City Council gathered to hear and debate the merger of Guelph Hydro with Alectra Utilities, the “Voltron” combination of four other publicly-owned electricity providers in Ontario. So what happened? At the time of this writing, we have no idea, but we will debate the merits of whatever the decision will be on the show this week. Yes, Guelph Hydro might need to grow and expand in order to be more responsive to future change, but is the Alectra merger the way to do it? What about the lost jobs? What about the green technology research centre that is not going to make up for those jobs? And the process, was cramming this in before Christmas a smart move?

4) What a Year it Was. Coming up in the next couple of weeks, Open Sources will be doing the usual year-end specials, but to wrap up the “live” year, we will talk about the last 365 days in Guelph politics. Remember when a deputy chief administrative officer let a bunch of confidential emails just slip from city hall into the hands of a lawyer suing the City? Good times. How about the movement to get a new library main branch picking up again? How about council cutting internet voting for next year’s municipal election? How about Liz Sandals not running in next year’s provincial election? Electoral reform protests! Transit changes! And there are lights in the upper floor of the Petrie Building! We’ll talk about Guelph’s 2017 story.