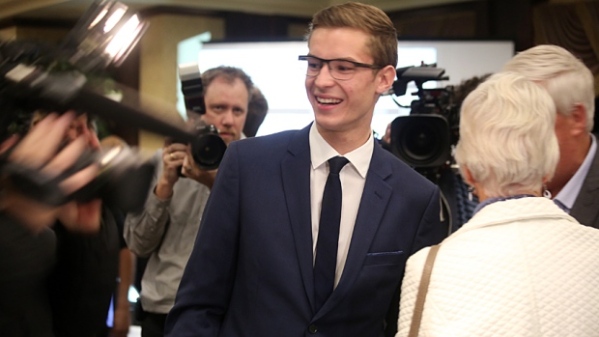 Here on Open Sources Guelph, we can’t guarantee that we’ll always get them right, but also promise not to intentionally mislead you. It’s an important distinction this week as we dig into the phenomenon of fake news, and whether or not it had an effect on the U.S. Presidential election. Also this week, we’ll talk about how if you can walk and talk, you can go to Brock, and get elected to Queen’s Park as we look at the Ontario by-elections. We’ll also look ahead to the 2017 British Columbia provincial election, and how in another 13 years, Santa won’t be able to leave coal in your stocking anymore.

This Thursday, November 17, at 5 pm, Scotty Hertz and Adam A. Donaldson will discuss:

1) Fake/Off. In the aftermath of Donald Trump’s election was the revelation that when it came down between fake news and real news, the fake news was getting more eyeballs and clicks. Stories made out of whole cloth, like Pope Francis endorsing Trump, got more likes and shares on Facebook versus a legitimate news story with facts and evidence, like the New York Times‘ investigation of Trump’s tax returns that revealed he hadn’t paid any in 20 years. Dozens of young people have gone into business for themselves in Macedonia, cranking out fake news for thousands of dollars a day, and the vital question of our time, more than what to do about Trump Nation, is what to do about a country being fed fake news?

2) Home Schooled! The big news last Thursday was that Tim Hudak’s old riding in Niagara West-Glanbrook was held by the Progressive Conservatives, but the bigger news was that it was held by a 19-year-old university student named Sam Oosterhoff. But while PC leader Patrick Brown could claim victory over the news cycle with “Teen MPP”, he could not sweep the by-elections as “Ontario’s safest Liberal seat” stayed Liberal by electing Nathalie Des Rosier in Ottawa-Vanier. So with a split decision, what are we to make of this by-election cycle? Well, Premier Kathleen Wynne is now talking about actually cutting hydro rates so something drastic must have changed…

3) Clark Shadows. Although it’s still a few months away, the gears are already turning for the general election in British Columbia next year, but this Christmas it’s BC NDP leader John Horgan that’s talking like Santa Claus with promises of $15 per hour minimum wage, and $10 per day childcare. Horgan feels like he has a shot as voters seem to be tiring of the ruling Liberal Party and Christy Clark, who are being chased by scandals involving cuts to healthcare and education, not to mention the ever growing housing crisis that seems to have been hurt more by the Liberals’ measures than helped. As BCers count down to May and their provincial election, what are the issues that are going to make or break the campaign, and what can the parties do about them?

4) Coal Miner’s Swatter.Environmentalists haven’t had much to celebrate lately, but this week federal Environment Minister Catherine McKenna announced that the country will phase out coal power by the year 2030. Many provinces have initiated that goal on their own, and interestingly the areas that will be most affected are the Prairies, where oil and gas are supposed to be king. Many are welcoming the move, pundits say that there’s not much in the way of political risk for Justin Trudeau and the Federal Liberals, but on the other hand, this could cost Trudeau points in places he’s trying to make inroads by dragging his feet on pipelines. There’s also blowback from the coal industry workers themselves, who recently showed south of the border that they won’t take job losses lying down…