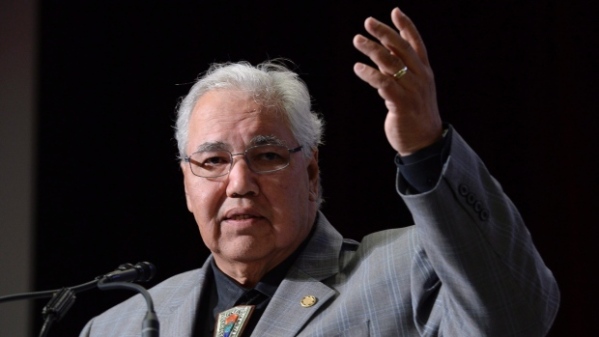 It’s a very busy week full of very serious issues here on Open Sources Guelph. The Truth and Reconciliation Commission came back with a scathing report and a to-do list a mile long for the government, but will they listen? Peter MacKay is leaving politics, but is he gone for good? A class action lawsuit’s been brought against the RCMP, is this the new battleground of sex discrimination? And the Patriot Act is gone, but is the Freedom Act better (or less ironic)? And that’s just the tip of the iceberg for this week’s show.

This Thursday, June 4, at 5 pm, Scotty Hertz  and Adam A. Donaldson will discuss:

1) After Truth and Reconciliation. The Truth and Reconciliation Commission closed this week with some pomp and a lot of circumstance. The report offered 94 points of action for the government’s consideration, but Aboriginal Affairs Minister Bernard Valcourt looked as though he would have rather been anywhere than listening to Justice Murray Sinclair on Tuesday. So what will happen next now that Sinclair and the TRC have delivered their damning incitement? Will anything happen?

2) Peter Pulls out of Parliament. In what may be the biggest retirement news yet from the House of Commons, Justice Minister Peter MacKay announced last Friday his intention to not stand for re-election this fall. After nearly two decades in Federal politics, making history as co-founder of the Conservative Party of Canada, and being at Stephen Harper’s side the whole time, what’s really driving his decision, the apparently sudden realization that he has a young family, or is he shrewdly ducking out before a calamitous election cycle?

3) Class Action Against Classless RCMP. Nearly 400 women from across Canada are bringing a class action lawsuit alleging wide-ranging and systemic sex and gender-based discrimination inside the Royal Canadian Mounted Police. Coming not soon after a damning report about Canada’s military that covered much of the same ground, what’s wrong with Canada’s vanguard institutions that they seem to treat women so badly? And will the government allow the suit to go forward without putting up a fight?

4) Boo to Patriot; Yay to Freedom. Key provisions of the USA Patriot Act expired last Sunday, but rather than the automatic and untested renewal of the previous occasions that the bill was to sunset, this time there was a fight. Instead of the unlimited collection of metadata by the NSA approved by the Patriot Act, the new Freedom Act will leave that data with the phone companies and force the NSA to get a warrant if they want to see that data. So yay for privacy?

One thought on “Open Sources Show Notes for Thursday June 4, 2015”